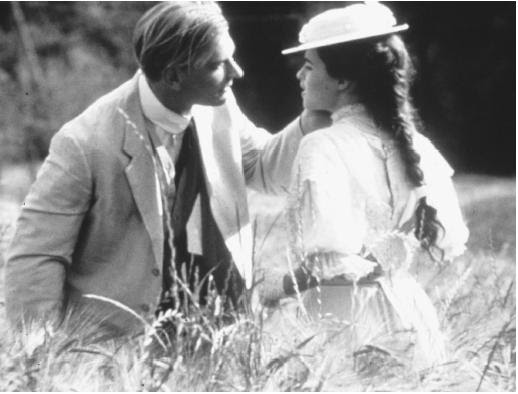 One of my favourite channels ( face it, television pretty much sucks nowadays) is Turner Classic Movies and all September they are featuring Merchant Ivory productions on Thursday evenings.

Celebrating 50 years of Merchant Ivory Productions,  they take us through the early years of the company (the 1960s) through the classics we know today...

Here at A Fair Substitute for Heaven, we are PASSIONATE about films adapted from works of classic literature: transposing great literary works into another, visually accessible medium which taps into imagination, interpretation and adds to thematic and symbolic refinery.

What is most influential about the Merchant Ivory partnership is its reliance on literature to capture essential, humane and poignant character-driven stories for the screen: Particularly with a fondness for Henry James and E.M. Forster.
I highly recommend seeking out their Edwardian Classics as well as The Remains of the Day, based on the Booker award winning novel by Kazuo Ishiguro.

Tonight, TCM features The Remains of the Day : a quietly passionate adaptation featuring Christopher Reeve, Anthony Hopkins and Emma Thompson. The love story is an undercurrent, the rife tension of a changing world. As England prepares for war with Nazi Germany, so the cultured and age-old traditions of house staff such as Darlington (Hopkins) see their world shifting from eras bygone.

If you do not get TCM, you can easily find these productions at your local video store or, most likely, through your public library system.  TPL here in Toronto has tons of them!
Happy Viewing!
Posted by Rachel at Thursday, September 15, 2011

I'm watching The Remains of the Day RIGHT NOW. I also love Howards End and The White Countess.