BOOKS in the NEWS!

They're making Sunshine Sketches of a Little Town into a film starring Gordon Pinsent and Eric Peterson.  Sunshine Sketches is inspired by my hometown, Orillia, by Orillia's favourite son, Stephen Leacock. This book is very close to my heart due to its Orillia connections! 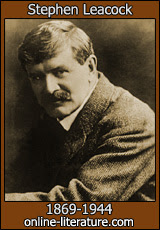 The World Fantasy Convention will be here in Toronto in 2012 and you can see Scott Lynch!  (and maybe friggin' Republic of Thieves will have been released by then; but I doubt it)

Ian Rankin’s first Rebus novel was published in 1987, and the Rebus series is now translated into 22 languages and are bestsellers on several continents. He is the recipient of four Crime Writers' Association Dagger Awards, winner of the Edgar Award for Resurrection Men and recently received the Order of the British Empire for services to literature. Rankin presents The Impossible Dead, the second novel in the Malcolm Fox series, in which a major inquiry into a neighboring police force leaves Fox and his colleagues unsure of territory, protocol or who they can trust.
...and I guess other people, like:

Published in 33 countries and 26 languages, Will Ferguson’s debut novel, Happiness, won the Stephen Leacock Memorial Medal for Humour and the Canadian Authors Association Award for Fiction. He also co-wrote the humour book How to Be a Canadian, which won the CBA Libris Award for Non-Fiction Book of the Year. In Canadian Pie, Ferguson shares stories from his travels to Yukon in search of gold, gives lessons of a mini-bar ninja and discusses his misadventures working on the Vancouver Olympics Closing Ceremonies.

Charles Foran is the author of eight books, including four novels and the essay collectionJoin the Revolution, Comrade. He also writes regularly for magazines and newspapers in Canada and abroad, and is a contributing reviewer for theGlobe and Mail. Foran presents his Charles Taylor Prize-winning work, Mordecai: The Life, a biography of one of Canada's most beloved and successful writers, Mordecai Richler.

Frances Itani is the author of 14 books, includingDeafening, which won the Commonwealth Writers’ Prize for Best Book (Caribbean and Canada) and Remembering the Bones, which was shortlisted for the International IMPAC Dublin Literary Award. She has taught creative writing for many years and her reviews, stories and articles have been widely published. She is also a Member of the Order of Canada. Itani’s Requiem tells the story of a recently widowed man who embarks on an unforgettable journey that encompasses art and music, love and hope

Wayne Johnston was born and raised in Newfoundland. Once a reporter for the St. John's Daily News, Johnston eventually earned an MA in Creative Writing. His bestselling novels include The Custodian of Paradise, The Navigator of New York and The Colony of Unrequited Dreams. He is also the author of the bestselling memoir, Baltimore's Mansion, winner of the Charles Taylor Prize for Literary Non-Fiction. Taking place in St. John’s, Princeton and North Carolina at the end of the 19th century, Johnston’s A World Elsewhere, is a sweeping tale that questions the loyalties of friends, family and the heart.

Jane Urquhart is the internationally acclaimed author of six previous novels, a collection of short fiction, three books of poetry and a short biography of Lucy Maud Montgomery. She has received the Marian Engel Award and the Harbourfront Festival Prize, and is a Chevalier dans l'Ordre des Arts et des Lettres in France and an Officer of the Order of Canada. Urquhart presents Sanctuary Line, which weaves elements from 19th century Ireland and Ontario to create a gradually unfolding story of events that come to irrevocably alter the future of one family.
Posted by Rachel at Thursday, September 08, 2011

That's fun about the Leacock book becoming a movie!