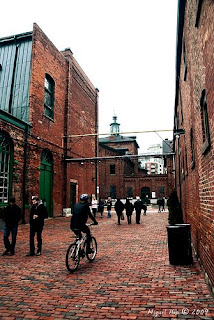 In which I am famous ( again)

I am SO THRILLED because I got another chance to fulfill my life's destiny.

Sadly(?), it seems my life's destiny is to tell (make) people read the Blue Castle.


So, our fabulous book-blogging friend Aarti KINDLY allowed me to take up space on her snazzy blog by RAMBLING about The Blue Castle.


I had PREVIOUSLY usurped space at said blog to RAMBLE about Irene Adler.


Read With Reverent Hands --just read the whole series, it is better than Jelly Bellys ( which is NOT a meme, people, but a bona fide, brilliant series by one of the bookishphere's best blogs) and my GUEST POST:

Email ThisBlogThis!Share to TwitterShare to FacebookShare to Pinterest
Labels: in which I am famous

How to Train Your Dragon Movie Review

How to Train Your Dragon ( loosely based on a series of novels for children by Cressida Cowell ) is one of the most clever and engaging films I have seen in ages. The story arch: brilliant, wordplay: brilliant, Hiccup’s sophisticated outsider view of his Viking world: brilliant; the message of the story; brilliant I haven’t been overly impressed with Hollywood in the past couple of years, so I was delighted to discover this.

The film is surprisingly empowering: Hiccup, the burly Viking chief’s son, is the scrawniest Viking in his clan. Apprenticed to the local blacksmith, Gobber the Belch, Hiccup is more than resourceful, but his physiognomy and disposition hinder him from excelling at the most prized Viking trade: killing the dragons that plague the morose village of Berk. The dragons are pests: they fly in, scoop up the sheep, set things on fire and fly out again. The Viking chief, aptly called Stoick the Vast, and many of the brawniest of the clan’s teenagers have no trouble fist fighting the large reptiles.

Hiccup, however, is clumsy and kept from dragon training and forced to stay in the forge and belch out weapons to help his kinsmen defeat the monsters. Stealing a catapult one fateful eve, Hiccup downs a Night Fury: the most dangerously elusive dragon of all. Called a hybrid of lightning and death, Hiccup knows that proof of the dragon’s demise would win him the regard of his father and his townspeople. On finding the dragon alive, however, and looking straight into his cat-like eye, Hiccup is unable to perform the task and thus begins what is the most charming and giddy and wonderful plot I have seen unravel before me in a long time. The movement and curiosity of Hiccup’s new dragon friend ( named Toothless for his ability to reign in his large teeth) as well as his facial expressions make me want a dragon as a pet.

Kids will be delighted! In fact, in my audience, many audibly were! Hiccup becomes an unlikely hero merely by challenging the norm of his Viking society and characteristics. Moreover, it is Hiccup’s lack of physical strength and his brains and compassion ( and not, as is customary, what he calls his “raw vikingness” that ultimately saves the day). A lesson on ignorance and prejudice is indeed blatent here. But, so is a lesson on actions and consequences. Not everything ties up neatly and Hiccup has a large price to pay for standing up for what he knows is right. This may sound odd ( seeing as we are talking about a film centered on a boy and his dragon) but this film had an emotional resonance that stayed with me a long time.

I am sick of kids’ flicks wherein heroism is drawn by some supernatural or fantastical power ( Yawn, Harry Potter, Twilight and the lot). Hiccup is smart, mortal, resourceful, self-deprecating and very, very perceptive and funny. I guarantee any one who has ever felt that their giftings were different than the rest of their clan, so to speak, will find ultimate validation here. Also, there are some FANTASTIC lines including the following: “Trolls exist. They steal your socks. But only the left ones. What is with that?” Adorable. 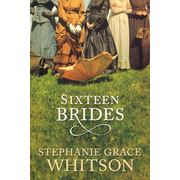 Order Sixteen Brides at amazon
Posted by Rachel at Friday, May 07, 2010 No comments:

New Arthur Slade out super soon! ( how lucky are we seeing as Hunchback was just released in September!... not even a year! )

What's even neater is that you can BROWSE INSIDE IT!!! A SNEAK PEEK thanks to our friends at Harper Collins.

Expect a review as soon as I get my hands on a shiny copy.

So, to summarize:
a.) go pre-order The Dark Deeps ( and while you're at it buy out Slade's backlist)
b.) go see How To Train Your Dragon (o.k. slightly unrelated but my favourite movie by far this year)
Posted by Rachel at Wednesday, May 05, 2010 1 comment: