The Herringford and Watts Series: Praise, Tidbits and Pictures

"Utterly delightful....highly, highly recommended" -- USA Today review The Bachelor Girl's Guide to Murder
"McMillan’s delightful debut is an original, humorous tale. The author describes the 1910 Toronto setting incredibly well, immersing the reader from the beginning. Jem and Merinda are perfect foils for each other; levelheaded Jem balances impetuous Merinda. With shades of Sherlock Holmes, tongue-in-cheek footnotes and a great whodunit, put this one on your must-buy list."-- Romantic Times review, 4 stars

VERDICT Canadian author McMillan makes a terrific debut with this Edwardian mystery, mixing ­Sherlockian deduction with humor and a side order of romance. Her protagonists—the mischievous Merinda and the more level-headed Jem—are sure to delight readers who will also enjoy the snappy dialog and plot twists. Historical fiction fans will be intrigued by the fascinating details on Toronto’s early ­20th-century theater scene. A solid choice for devotees of Rhys Bowen’s mysteries-- Library Journal, Starred Review Debut of the Month April

McMillan knows her history and takes imaginative license with it, producing period details that are accurate but still fictional; the handbooks for ladies liberally quoted from are convincing and amusing. The romance is squeaky clean. Fans of inspirational cozies will rejoice. --Publisher's Weekly


"Fresh and beguiling, the Bachelor Girls are an engaging new addition to the mystery scene. They tackle criminals with a combination of unique moxie and an irrepressible sense of adventure. I want to be friends with the Bachelor Girls!"
—Deanna Raybourn, New York Times bestselling author of the Lady Julia Grey Mysteries


"In her fabulous debut, Rachel McMillan brings 1910 Toronto to rich and wonderful life. The intrepid Jem and Merinda make a winning detective team. Full of romance and derring-do, The Bachelor Girl's Guide to Murder will keep you turning pages."

—Nancy Herriman, author of No Comfort for the Lost

"Smart, sassy, and chic. The Bachelor Girl's Guide to Murder is all that and more. A fabulous historical. Encore, Rachel McMillan!"
—Laura Frantz, author of The Mistress of Tall Acre

"A wonderful romp! McMillan's delightful debut introduces us to a beguiling and intrepid crime-solving duo. The two lovely ladies defy expectations and social norms as they lead us across early twentieth-century Toronto and into the heart of a compelling mystery...with a dash of romance on the side. Can't wait for more of these two and the adventure they'll lead us on next!"
—Katherine Reay, author of The Bronte Plot

A Singular and Whimsical Problem: a Herringford and Watts novella  Dec 2015

Of Dubious and Questionable Memory: a Herringford and Watts novella July 2016

A Lesson in Love and Murder September 2016

Conductor of Light: A Herringford and Watts novella Winter 2017


The Girls....
Jemima Watts: pretty, befuddled, helplessly romantic, the scent of lavender follows her everywhere.  Longtime lodge-mate and associate of Merinda Herringford.  Unamused when detection gets in the way of her chance at domestic bliss.

Merinda Herringford: Smart, sarcastic, steps way outside the lines of propriety and is more comfortable in trousers than ladies’ garments. Corset? Don’t mention it.  Spends her Saturdays at the lab conducting odd, smelly experiments with Jasper Forth. The Morality Squad’s Prime target. Has a trunk full of nifty disguises at the ready and knows every Sherlock Holmes story by heart.

Ray DeLuca: Muckraking reporter for the twice-weekly newspaper the Hogtown Herald. Dreams of being a respectable reporter for the Globe; but his exotic looks and heavy accent inspire more prejudice than opportunity amongst Toronto’s old boys' club papers.  Supports his sister Viola and nephew Luca while attempting to protect them from his abusive brother-in-law.

Benfield Citrone (Books II and III): Royal Northwest Mounted Policeman in disguise. Late of the Yukon, heralding from British Columbia, trailing after the man he suspects killed his brother Jonathan.  He finds Merinda instead.

Note: The Toronto Archives and the Toronto Reference Library are a hotbed of information for Edwardian Toronto. So well-documented in Photographs

In the Skin of the Lion, Michael Ondaatje

The Murdoch Mysteries by Maureen Jennings

Rilla of Ingleside by LM Montgomery


And other stuff that is helpful....

Reporting Toronto at the Toronto Archives

History of Italians in Toronto

In the Shadows of Osgoode Hall

The Toronto Police were made up for alderman, appointed citizens  The Toronto Police regulated street-level business: cab drivers, street vendors, corner grocers, tradesmen, rag men, junk dealers, laundry operators. Under public order provisions, the Toronto Police was responsible for the licensing and regulation of dance halls, pool halls, theatres, and later movie houses. It was responsible for censoring the content of not only theatrical performances and movies, but of all literature in the city ranging from books and magazines to posters and advertising. 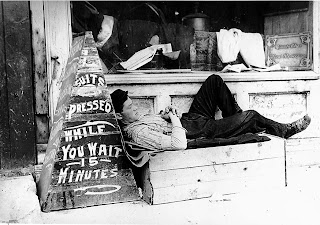 MC Wheaton's Guide to the Commonplace and Criminal
The Toronto Police service regularly contracted work from the Pinkerton Detective Agency, of which MC Wheaton was a former agent

The Ward, Corktown, Cabbagetown and Immigration

Great photos on a 2013 blogpost on the Ward

the First Wave of Italian Immigration to Canada

Snapshot of the Ward on Rogers


Toronto Star, May 2013: Remembering the Ward

Social Photographer Arthur Goss and the History of the Ward

Toronto Star Article on a Night in the Ward


The Bridge of Sighs

Torontoist: The Forgotten Urban Squalor of the Ward

The History of the Elgin Winter Garden Theatre: the oldest vaudeville double-decker still in use


sometimes i wear men's suits. i have to--lest the morality police recognize me; but 15.00? too expensive! pic.twitter.com/gPjndkaFOj
— Merinda Herringford (@herringfordm) November 24, 2014


History of the Gibson Girl
Makeup in the Edwardian era 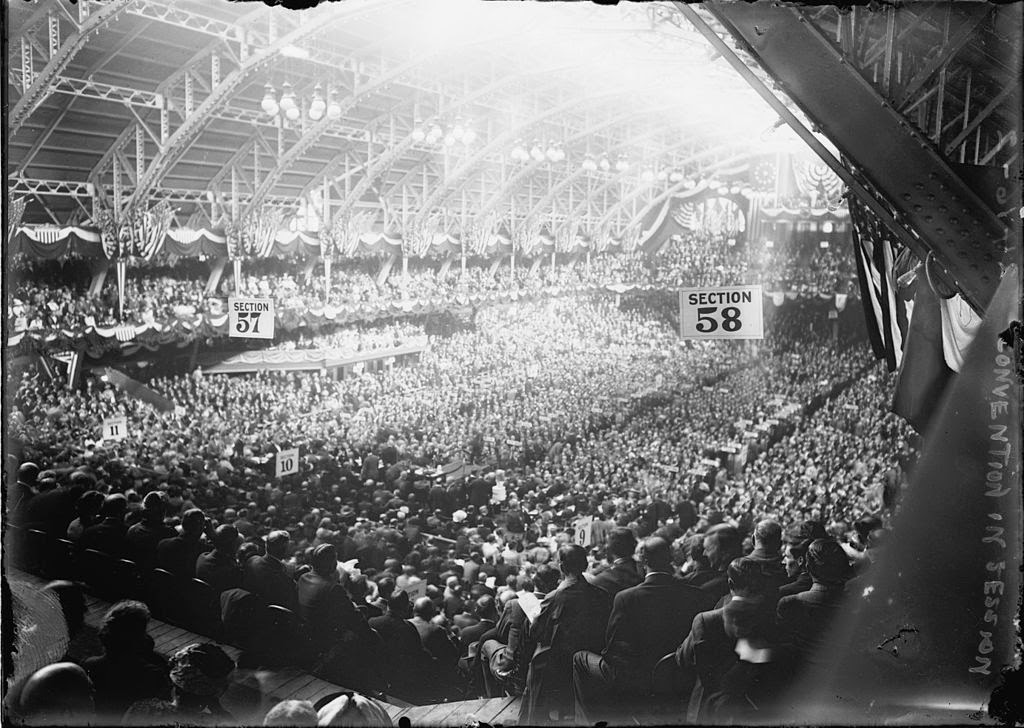 Edwardian mystery glory!! Love all of this so much, Rachel.

YAY :) So very excited for your book release :) Love the pictures, the information, and your passionate enthusiasm!

The area and neighborhood is the most important thing to consider when building a laundromat business.It's nice to see a laundromat owner put some effort into giving his/her place a theme. Kitsch as it may be, what with all the celebrity posters circa 1983, Hollywood is still a legitimately solid laundromat. It's remarkably clean, features two-dozen double-loaders (predictably catering to all the young singles in the area) and a few giant washers (if you ended up marrying the person you met here and are now washing a family load). Not a single machine was out of order at the time of this review, and they also offer wash and fold services.Read more at-:Toronto laundromat services


Thanks and welcome
Sharmin

Hello.....Washing garments is typically thought to be a day by day odd employment. It is nothing that one does with enthusiasm yet it is something that is to be finished.Read more at- 24 laundromat Toronto

Hi there,
There are several reasons for this sudden increase in business at coin laundromats. First, when the season changes from winter to spring, people will put away their winter clothing and start wearing spring apparel.See more at- Toronto laundromat services

Hi there...Wash & fold laundry service is a great convenient method of having your laundry done by professionals, and it is available almost everywhere. There are no special methods used when using a service like this, as there is with dry cleaning. The main advantage is that you can save the time and the hassle by having your laundry done by a professional.TORONTO COIN LAUNDROMAT

Early this cold Thursday morning I met Alex at his premises on Queen Street East and got an introduction to this unusual business. When Alex bought the laundromat in 2002 it was outdated and dingy, so Alex got to work and replaced almost half the washers and dryers with new high-efficiency machines. He also put the place through a complete cosmetic overhaul and brightened it up considerably.see more at:-Toronto Laundromats

Hey
you guys would like to know Why would people use laundry service providers over other conventional methods of cleaning? Just what does dry cleaners bring to the table? Here is a look at the benefits dry cleaners have to offer at-Coin Laundromat Toronto

Hi guys
Buying and operating a coin laundry can be tricky especially if you don't have any business experience. The lure of owning a simple and easy to manage small business has tricks and traps that every investor needs to be aware of.Read more:-24 hour coin laundry

There will come a time in every coin laundromat owner's future when moving on and pursuing other endeavors is the right thing to do. Regardless of your reasons for selling, if you have managed your business well, your coin laundry could be a substantial asset.Read more at-24 hour coin laundry

Hi there
There will come a time in every coin laundromat owner's future when moving on and pursuing other endeavors is the right thing to do. Regardless of your reasons for selling, if you have managed your business well, your coin laundry could be a substantial asset.Read more at-Laundromat in Toronto

Hello
The area and neighborhood is the most important thing to consider when building a laundromat business. When you build a laundromat service or obtaining a coin-operated laundry service, ask the owner why they have decided to sell. Be persistent with your inquiries.Read more at-:Coin laundromat Toronto

Hi dear readers,
How are you? I hope you are doing well.actually It can be a great opportunity for all. If you are interested to learn about Toronto Laundromats you visit us for more details.LAUNDRY NEEDS!!! We Guarantee You 100% Client satisfaction And We Work REALLY DIFFICULT OUR IN TORONTO AND ADDITIONALLY TORONTO COIN LAUNDROMATS OFFERINGS, DRY CLEANING, ALTERATIONS, CLEAR AND FOLD SERVICES.See more at- 24 hour Toronto coin laundromat services

Thanks for sharing.
Our laundry was a disaster and if answering three questions were going to help us we would have been thanking anyone for any advice. So I decided that it would be a goal of mine to be on top of the laundry so whoever showed up whenever they showed up at our house laundry would not be an obstacle on the way to the kitchen. Please check my link and surely you find something interesting.24 hour Toronto coin laundromat services

There will come a time in every coin laundromat owner's future when moving on and pursuing other endeavors is the right thing to do. Regardless of your reasons for selling, if you have managed your business well, your coin laundry could be a substantial asset.

For more information:Laundry in Dwarka