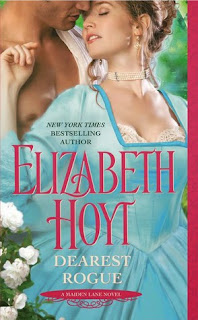 note: this book be le steamy. if that is not your type of romance, then you have been duly warned


Snortle! What a whizbang of a fun read. Taut with excellent prose and a flourish of humour, Dearest Rogue features one of the most beguiling heroines I have encountered in an age.

Lady Phoebe is blind but her lack of sight doesn't diminish from her whip-smart manner or banter with her body guard, the tortured James Trevillion. With her in his charge, James is able to look beyond a past that has forced him moody and imagine a fresh bright future with a woman who is more than his match.

Quick witted, funny and oh-so-romantic, Hoyt has established a compelling literary world that takes us from London to Cornwall with two fragile,vulnerable and complicated people. While Trevillion still bears the scars and limps of a tragedy years earlier, Phoebe has just adjusted to the last shade of light having left her waning sight. Together, they become each other's safest companion, most doting sparring partner and, well, something else, too ( I tell you, there is more than snark in this novel and a careful, prudish reader might want to tread with care).

This was my first Hoyt novel, provided by Netgalley, and I gobbled it up in pretty much one sitting. I felt that it presented us with a fabulous look at the regency world through the outlook of two unique characters.

Phoebe's blindness is not a limitation rather a catalyst for her working senses and a lesser pen may not have allowed us to "see" through Phoebe's world in such a deft and expert way. Hoyt, however, is indubitably a master and I cannot wait to check out her backlist.

"Blindness had neutered her in the eyes of the world."

"Being kidnapped, after the first few minutes of absolute terror, was really rather boring."

"Really, sometimes it would be much easier if one were allowed to simply hit gentlemen over the head."

Trevillion: "He smiles every time he sees you, "he murmured quietly. Was he jealous?
Phoebe: "I smile every time I smell cherry pie."Oh and then there is Phoebe deciding on the regency equivalent of a last minute road trip that she wants to try ALL THE BEER:"If, after several tastings, I find I cannot stomach the beer, then I shall give it up. Often something tasted for the first time seems foreign to us--strange and off-putting. It's only after repeated tries that one realizes that this new thing, this once-strange thing, is quite familiar now. Familiar and beloved." "His heart had performed a coup d'etat over his mind and there was nothing more to be done about it"La! the best! Go forth and read!

Special Guest: Leah! on the Emirates Airline Festival Of Literature

Rachel here: I am excited to feature my sister Leah on the blog today.  Leah made a guest appearance a few years ago when I featured her for International Women's Day .  Leah has a PhD in Global Governance, is a season 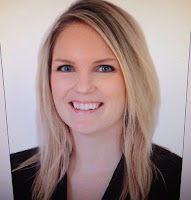 ed world traveler, has worked in the field of development for over 10 years and has a passion for promoting cultural consciousness but also providing tips for experiential travel with an ethical slant.

When Leah volunteered at the Emirates Airline Festival of Literature, I asked if she would tell us a little bit about it.  You can find Leah's blog here.  Visit Leah on instagram. Follow Leah on Twitter

READING THE THOUGHTS OF A STRANGER

Somewhere between the 45 degrees of mind-blowing heat of summer and the cold desert nights of December, the UAE has a perfect month called ‘March’.
In March, not only is the weather perfection, but it is guaranteed that the month will always ‘come in like a lamb’, as the saying goes because of this one uniquely brilliant week-long event:

THE EMIRATES AIRLINE FESTIVAL OF LITERATURE.

I know, I know.  If you follow Rachel’s fabulous blog, you already love books and have probably been to festivals yourself.  But there was something uniquely brilliant about this Dubai festival that should inspire all of us, even if we’ve been to a million and one book events.

At the festival, I was brought back to my 5 year-old days when I sat on my mom’s lap, proudly reading lines from a Little Miss book.  The festival brought me back to the greatest joy and power of the written word: its ability to connect and empower.

The UAE is unique in that 19% of the population is Emirati, whereas 81% of the population is expats (thank you www.cia.gov - CIA World Factbook for this factoid).  The literature festival recognizes this unique opportunity:  both Arabic and English authors are widely represented, the majority of presentations/discussions offer translation, and there are authors from every corner of the globe to appease expats, but also to reflect the true multiculturalism that is the UAE.

What this meant is that I learned about the power of folktales to contribute to national identity by Qatari female author Dr. Kaltham Ali G Al-Ghanim, about the Icelandic culture of words from one of the country’s most popular authors Yrsa Sigurdardottir, about the resilience of Afghan women from Deborah Rodriguez, about the power of women in leadership by Emirati Sheikha Lubna al Qasimi, and about how Botswanan adventures are shaped through prose by Alexander McCall Smith.

Words bring power.  The ability to write down your inner-most thoughts, to work through a particular topic, to give a voice to the otherwise voiceless…words are very powerful.
Authors are sharing a piece of their soul, and putting onto paper how they see themselves and the world around them..

And what’s so intriguing about hearing from so many authors from so many walks of life is you realize that, in the end, writing holds onto that one amazing virtue - it gives people a sliver of our mind.  So the American turned UK dweller turned Emirates resident Liz Fenwick can introduce us to her love for Cornwall, so David Nicholls can share with us the interesting notions of a man writing about relationships and love, so that Chimamanda Ngozi Adichie can share her thoughts on modern feminism…

And we grow.  And we perceive.  And we learn through stories and struggles, fables and non-fiction, prose and poetry about worlds and cultures and people that we might otherwise not quite understand.  Or might not even know exist.  Or think about ever.

And we can learn that Afghan women really are ordinary women living in an unfortunate situation. (Deborah Rodriguez)

And we can understand the need for all of us to resurrect our inner creative self. (Kathy Shalhoub)

And we can question our body image perceptions by understanding ‘beauty’ as defined in Botswana. (Alexander McCall Hill)

And we can wonder why we so quickly see differences between ourselves and others in reality, whereas in novels we seldom see divisions, but understand characters as if they are our friends or closest neighbours.
(Leah Polonenko)

The Emirates Airline Festival of Literature was a wonderful event, but these take-home lessons were the most impactful.  To go back to your 5 year old self and remember how powerful it did seem when finally…after days of sounding out letters and making sense of funny symbols…you could…at last…read the thoughts of a stranger.


Organized by the Dubai International Writers Centre: diwc.ae or follow @diwc
Posted by Rachel at Wednesday, May 13, 2015 No comments:

Some of where I have been lately:

The Reading Life with Rachel at Edgy Inspirational Romance

Another Rachel's Raves at Novel Crossing

Writing Personality at The Writer's Alley

I am currently finishing the 6th ( and maybe kinda final) draft of A Singularly Whimsical Problem.   This is the first novella preceding The Bachelor Girl’s Guide to Murder  and will introduce all of you to Jem and Merinda.  Hopefully you will like them.

While this book is released before my first full-length novel, its action is set in a logical space during the course of the novel’s timeline.     As such, I don’t give you a lot of background information.

I don’t preamble. I just drop you into the world.

Hopefully, from the action and dialogue you will be able to establish


The end stretch of this novella has been very difficult for me and I have been over-caffeinated, underslept and manically trying to balance its writing with my daytime career ( which is, ironically, also busy).

Late at night if I wake up buzzing ( a common side effect of creative anxiety), I have been watching episodes of The Flash out of chronological order.

My first episode of The Flash was a very recent one and I could tell that a lot of plot functions had taken place and a few major twists about the big baddy had recently been revealed.  But, as in any good writing,  I was immediately sucked into the story without the backdrop or preamble because:


I didn’t need to watch The Flash from the pilot to learn the origin story, how these people met and how Barry got his powers.  I didn’t need the preamble.  It was enough that I got the logistics of it, got the feel for it and, eventally, decided that this would make a repeat appearance in my crazy, anxiety-ridden 3 am wake-ups.

You’re not meeting Jem and Merinda from the time they meet.  This is not a Study in Scarlet.  But that’s okay. Many Sherlockians begin with Silver Blaze or, most famously, the Hound of the Baskervilles.

Watson gives you a bit of a line “It was the Fall of 1895 and I had just happened to stop in on my old friend Sherlock having missed the cheery Baker Street fires and…” yada yada yada.

Authors sometimes drop you into the cocoon of a world and if the writing is up to snuff you will catch on, latch on and fall in love anyways.
Posted by Rachel at Wednesday, May 06, 2015 1 comment:

IT is FLASH'S BIG DAY 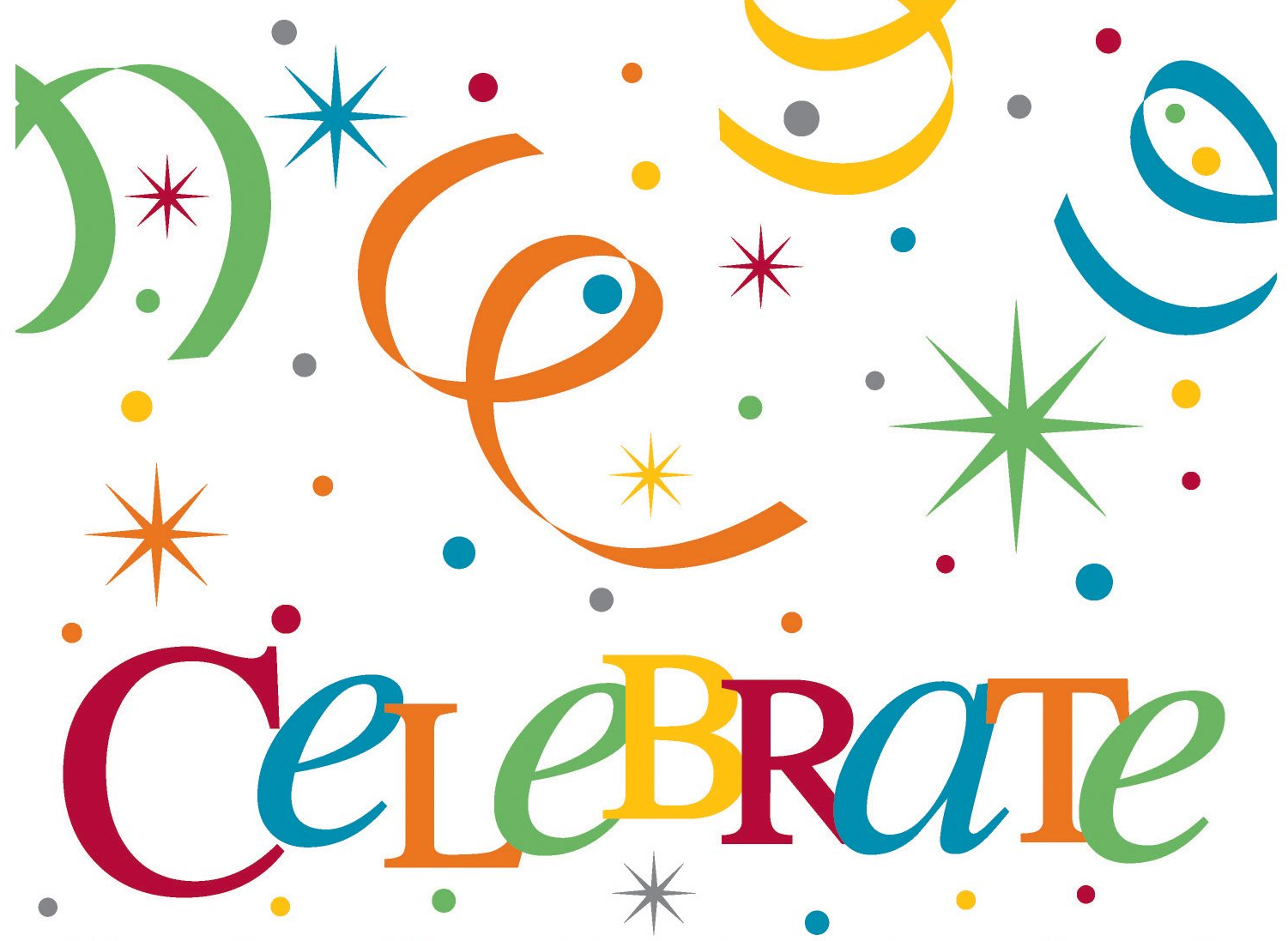 MY FAVOURITE DONKEY IN THE WORLD! (and there is some stiff competition!)

Publisher's Weekly named it one of the Top Ten Picks for Summer Reading!

And FLASH! is easy to find on Amazon

And I am reading Flash and loving him! He came in this cute little package from Tyndale: 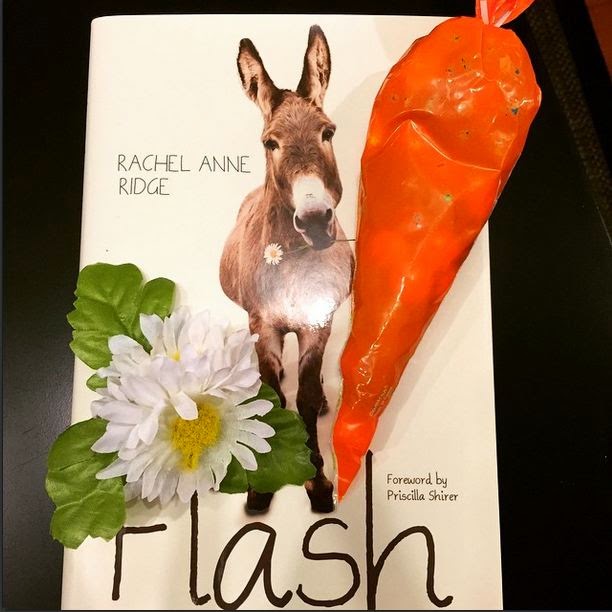 Flash is the story of a family (mine!) who desperately needed a sign that God still cared about us amidst our challenging circumstances. But the last thing we expected was for God to use a wounded, abandoned donkey to teach us lessons about faith, love and second chances.

This is a special story.

Charming, poignant, funny, honest—Rachel Anne’s journey with Flash the donkey is pure reading pleasure as she shares her family’s misadventures with their four-legged friend. She opens her heart to us as well, helping us learn memorable lessons about doing life with more meaning and purpose. Flash is delightfully different. I loved it!
Liz Curtis Higgs, Bestselling author of The Girl’s Still Got It

And then there's the donkey.... (look at that face)

Stats: Adult Male, Gray-Dunn color. Standard height, wants to lose 10 pounds. Age is up for discussion.
Race: Has never won one. Ever.
Relationship Status: It’s Complicated
Interests: Loves to mosey, discuss philosophy over a late-night mound of hay, listen to jazz, sniff flowers, and bray for no apparent reason. Enjoys good conversation and is always up for an ear scratch. Likes to watch birds.
Employment: Coyote Patrol, Barn Management.
Favorite Classical Music: Grand Canyon Suite, movement III “On the Trail,” by Ferde Grofe.
Hobbies: Facebook and Twitter, where he keeps up with his friends and fans. (Although typing with hooves means depending heavily on auto-correct.)
Follow Flash on Facebook
For videos and more, go to Flash's website
Posted by Rachel at Friday, May 01, 2015 1 comment: