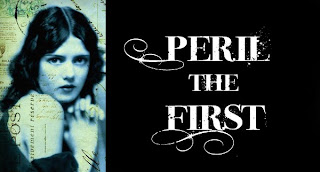 Hurrah for Labour Day weekend! I got to finish the first book from my personal RIP Challenge list!
Yesterday during a few beguiling hours in Philosopher's Walk ( a favourite reading spot in Toronto), a pumpkin spice latte warming my hands from Toronto's first chill and today: on the subway, before meeting up with friends to play boardgames, and now, at night in my own little apartment..... I READ! READ! READ!
In the fourth Sebastian St. Cyr Mystery, Where Serpents Sleep, Sebastian is summoned by Hero Jarvis to help him solve the slaughter of eight prostitutes, brutally murdered and then burned inside the Magdalene House for Reformed Prostitutes. Hero is the only witness having been near the Magdalene House doing research on how 18th Century Society determines which women will survive and which will be tossed into the streets by financial circumstances and birth.
An unlikely ally and the daughter of the Prince Regent's First Cousin, Hero proves years ahead of her time. Unlike the other society women of the Ton, Hero is rambunctious, smart, brave and stubborn: a perfect counter to the gentlemanly and darkly enigmatic St. Cyr. Together with Sebastian's usual companions: Tom, his "tiger" and helpmate and Paul Gibson, a veteran and surgeon, Sebastian and Hero race against time to stop a plot that peripherally involves the assassination of Britain's Prime Minister.
Harris, as always, does a wonderful job of keeping the suspense in first-rate order from the beginning of the book. Moreover, she inserts enough factual historical detail to make one insatiable for more of the period after turning the last page.
I preferred this to the first three St. Cyr novels ( though altogether excellent ) because I prefer Hero Jarvis as a companion to Sebastian and not Sebastian's (rather cliche ) lover/actress Kat Boleyn.
Having revealed a plethora of St. Cyr family secrets in past volumes, Harris was able to plot the characters and unravel the mystery without being burdened by side-stories and revelations. For this I was very glad.
This was a perfect addition to the RIP challenge because it was chock-full of suspenseful, scary moments ( including a claustrophobic episode trapping Sebastian and Hero beneath the ground near St. Clement's as the tide threatened to pull in and drown them. Darkness shrouds them with nothing but a flickering lantern to quell their seemingly disastrous fate). Harris does a wonderful ( if gruesome ) job of describing the carnage wreaked on the unwilling victims: culminating in the death of one of the most likeable characters in this instalment.
Throughout, Harris mentions the transition from the age of oil to gas and I was especially intrigued by her expositions on lanterns. I could easily imagine the sleek dark streets, peppered with the transient light of gas. I could smell the refuse lining the ramshackle streets and hear the clop of horse's hooves as Sebastian steals through the London night.
An excellent series pairing two very unlikely people against a callous and horrible series of crimes.
Sebastian remains a winning and complex hero with more than one skeleton in his past. I await the day when we learn more of his experiences in the War and how they shaped his current moral compass.
I can't wait to read more of Hero and Sebastian's dual adventures!
Visit C.S. Harris' website
Posted by Rachel at Monday, September 06, 2010