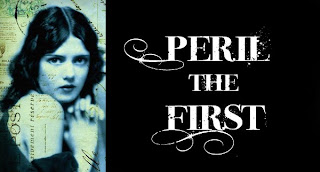 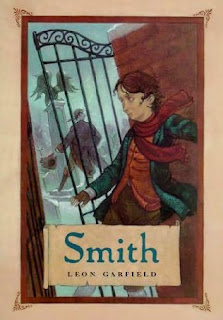 Smith is, with the exception of Catherine Webb’s the Dream Thief, the best YA novel I have read this year.

I have often heard it spoken of by experts in the field of Children’s Literature and I had been desperate to read it for awhile. I did, however, wait until it was just turning into fall, ‘til the chill was creeping in, the leaves changing and the clouds hanging grey and lugubriously low in the sky.

I was well-rewarded for my attention to atmosphere.

Set in a gritty and fascinating maze of Victorian London, the story involves Smith: a beguiling pickpocket who witnesses a murder and retrieves from the victim a document he knows must be of infinite importance.

Smith takes the document and holds it close to his heart--- he is desperate to uncover its worth and why it led to tragedy and determines to solve the case--- only problem is: Smith is illiterate.

So begins this gruff but compassionate boy's quest to Learn to Read. Smith pops in and out of alleys and corners and nooks asking all of the local roundabouts: from magistrates to priests to those holed in the damply decrepit Newgate to Learn Him to Read.

When a fateful encounter with a blind judge changes Smith’s life, Smith learns ever so much about justice, humanity and the mysteries of life beyond the horrors of the street.

Unexpected heroism, betrayal and plot turns--- as well as a dollop of heart and feel-good-ness permeate each spectacularly-written page.

The writing is what most stands out about this book. It is chockfull of consonance, alliteration, symmetry, symbolism, analogies and descriptive paragraphs so delicious they will loll on your tongue for days.

The closest comparison I can think of to the painstaking attention placed to the writing and rhythm ---as well as the dark evocation of London --- is Catherine Webb’s Horatio Lyle series ( which everyone knows as my favourite YA series ever).

Thus, I encourage everyone to pick up a copy. Published in the late 1960s and a Carnegie Medal book, libraries and used bookstores will be a good place to find it.

Enough murder and mayhem and dark alleys to count for RIP!