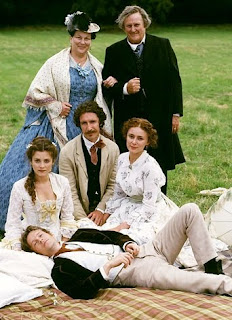 To celebrate Dickens’ Birthday on the 7th, I decided to re-watch Our Mutual Friend: one of the best miniseries ever produced by the BBC and one I had not seen in an age. 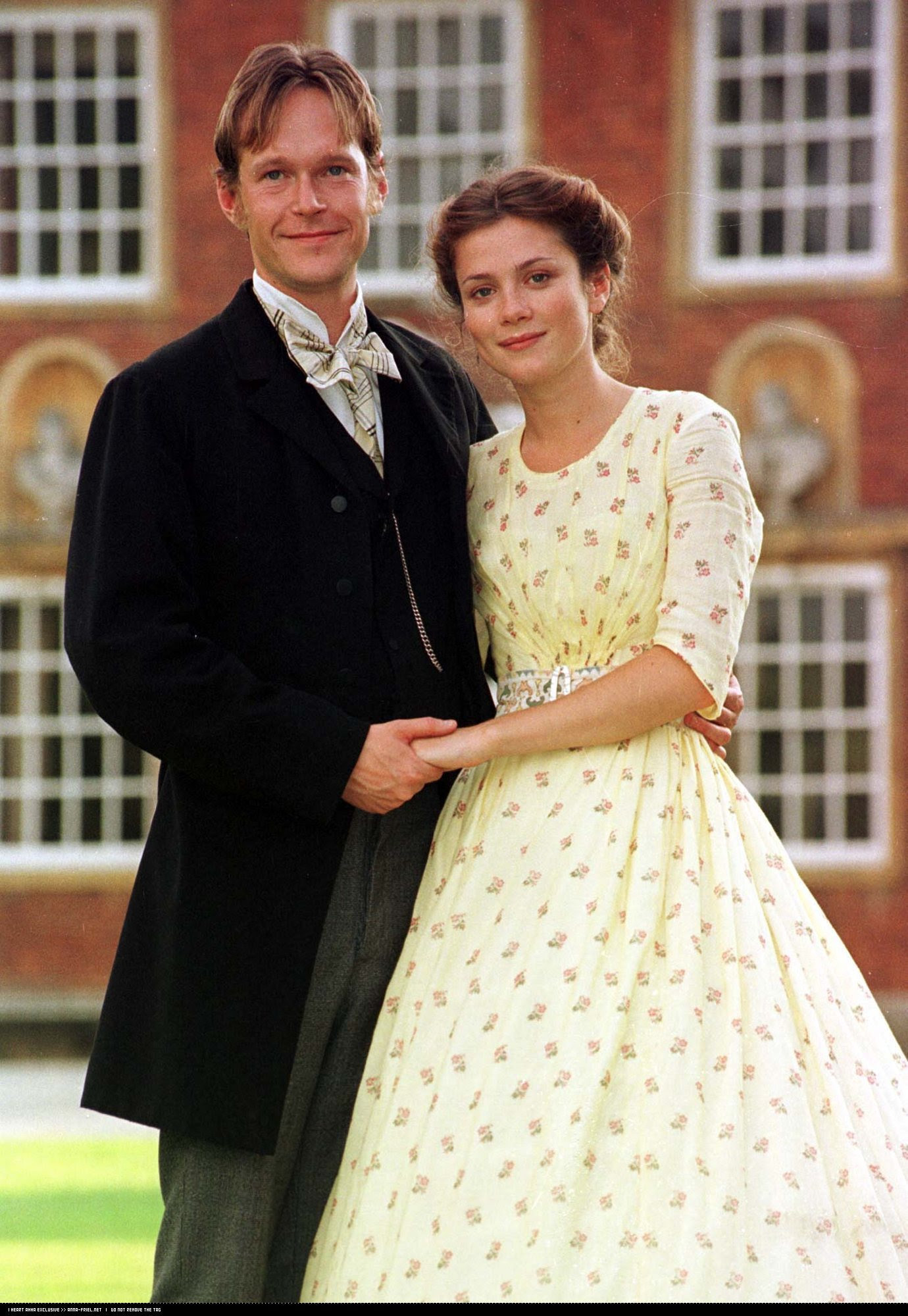 Our Mutual Friend has long been one of my favourite Dickens’ novels ( next to Great Expectations it is, indeed, my favourite) because it is such a whirling universe unto itself. We are forever see-sawed from the murky depths of the Thames to the furnished, veneered ponce and circumstance of London’s elite. It is Victorian overload: propelling us from one end of the social sphere to the other, reminding us that there was no way for middleground to subsist.

From the moment we meet the Lamleys: fated to spend a life of misapprehension due to their failure to recognize that neither had property or wealth upon their wedding, we realize that this will be Dickens' thesis on wealth and greed: on new money and old, on the violence and mystery shrouding wills and estates, of a Jarndyce and Jarndyce scale of horror at the supposed death of heir to the dust fortune, John Harmon.

Dickens does nothing shoddily and every character and every well-developed scene serves its purpose in building the blocks of this intricate universe. Our shift from Gaffer Hexam and his gloriously mute daughter Lizzie dragging corpses from the Thames on a moonlit night to the flash of the Lamley’s wedding party is meant to beguile and shake our senses and it does. Like the best adaptations, the miniseries does well at offering screentime to all major players while slowly and painstakingly doling out the Dickensian secrets of history and mystery that will all add up together in the end.

To walk you through a recap of all the minute details of the plot would be to no avail. Like all complicated Dickens (think Bleak House! Think Little Dorrit !) it is best for you to see and unravel the mysteries on your own. This was Dickens' last completed novel and it is certainly his most competent. While critics argued that Oliver Twist was a hodgepodge of loose plot ends, Dickens has tightened his style, has mapped out an impressive amount of well-developed and dimensional characters and has excelled at his forte: bringing seemingly unrelated circumstances together and welding them into revelations about the characters, their story, and the plight and injustice of society. 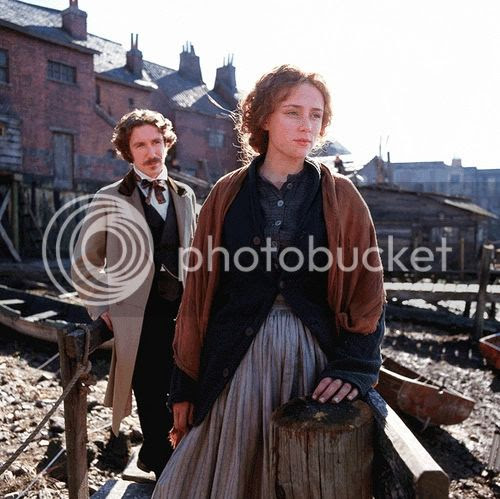 Our Mutual Friend is notable for colouring two of Dickens’ most beguiling heroines and their respective love stories (Bella Wilfer and John Rokesmith, Lizzie Hexam and Eugene Wrayburn), for introducing us to the charmingly bored pair of Eugene and Mortimer Lightwood, for ushering us into the world of the Boffins: well-deserving folk with hearts as big as their new fortune, to Sloppy, the slow and happy child-like mangler, to Venus who deals in bones and Rogue Riderhood who scrapes the Thames for fortune, to Bradley Headstone who hovers with passionate possession in the foreground and traipses the streets of London at night (Dickens was known to spend many evenings plotting while strolling the maze of his favoured city and we can see where his efforts paid off in his well-drawn descriptions), to Mr. Tremlow: the oft silenced voice of reason in a hodge-podge of socially stuffy nonsense.

The casting of the miniseries is perfect. I first watched it after finishing the book for a Dickens’ seminar in university and I was impressed at exactly how faithful to the broad and intimidating breadth of the text it was. Our Mutual Friend is often overlooked when we recount our favourite Dickens and our favourite characters. The problem(?) is that he wrote so prolifically and introduced us to such a multi-layered universe constructed with such intricate detail and such a plethora of pervading and flamboyant characterization---from social high to degrading low—that it is as easy to narrow in on a favourite Dickens as it is to choose a member of your family. You can’t cut one part out without understanding the whole. So, if you have yet to read Our Mutual Friend, I envy you for you have yet to stumble upon a wealth of mystery and intrigue of aliases and romance I wish I had yet unread and in my reading future…. And if you haven’t seen the miniseries yet; I highly, highly recommend it as one of the strongest BBC adaptations ever produced.

I enjoy Our Mutual Friend. It was one of my first Dickens films, so it actually took me a couple of tries to get into / through it, but now it's one of my favorites.

Once this booktour is over, I'm going to sit down and watch this. I read so much Dickens right before I started university, my roommate had to tell me to stop sounding like Oliver Twist.