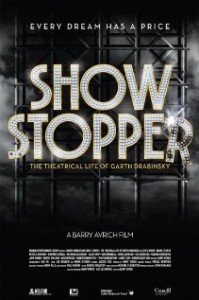 I was lucky.  My passion for theatre developed in the brief, shining and glorious decade when Toronto, ranked with New York and London, was the theatre hub of the world.  Even though I lived in little Orillia, my nights were spent singing along to soundtracks; my days in school dreaming of the next production my family would see in the big city. At that time, Toronto theatre was at its height of varied artistry and endeavor.

It was the era of big Blockbuster Musicals. Before the age of the JukeBox musical and when everything was fresh and new and beguiling.  It married classics (the great revamp of Show Boat) with edgy kaleidoscopes of music and colour: Joseph!  Ragtime!! Les Miserables. Phantom!
Toronto in the 1990s was when I first knew it. Because the 1990s was the decade in which this 31 year old came of age.

Our assistant pastor’s wife loaned me The Canadian Cast of the Phantom of the Opera when I was in  grade 7 (Colm Wilkinson! Rebecca Caine) and I was hooked. I begged ( and got )vocal lessons from my parents so I could sing like Christine and I borrowed the Gaston Leroux novel from the library. A love affair was born. Very soon after Les Miserables followed, the singing continued and the incessant reading of classics began.  Not only classics of literature; but classics of the stage.  I was obsessed with the early beginnings of the stage: of operetta, of Gershwin, Porter, of the years that led us through the Golden Age to the modern renaissance. Indeed, musical theatre in the 1990s was evolving, yes, but often a renaissance.

Fortunately, for me, the city not too far-- with its lights sparkling and its performances awaiting-- was filled of touring companies and the productions that settled in for long, languid and brilliant runs. Lavish productions at beautiful theatres. Often productions would test here before heading to Broadway. Audra McDonald and Brian Stokes Mitchell in Ragtime , Clorish Leachman et al in Show Boat, Donny Osmond in Joseph! we were the perfect breeding ground. WE HAD COLM WILKINSON ( I have seen him on stage countless times)  The Mirvishs ran half the town ( The Princess of Wales, Royal Alex, the Elgin, the New Yorker which is now the Panasonic) and Garth Drabinsky’s Livent had shows at the Pantages ( now the Ed Mirvish Theatre) The Ford Centre ( now the Toronto Centre for the Arts) and the Hummingbird (now the Sony).  This was, as you can tell, before the days of sponsored signs when theatres were just like stepping back into a slice of heaven.

God in heaven, I was obsessed!  I saved my ticket stubs, bought programs, leafed through the playbills, recognized all the Canadian stars, geared up for the next production, asked for tickets for Christmas and birthdays. I LOVED miniBroadway!

Garth Drabinsky and his ilk fed my creative consciousness. Showstopper: the documentary which exposes the rise and fall of his fraudulent empire took me on a bitter-sweet whirl through the past. On the front, it was an excavation of Toronto in the 1990s. I moved here in 2001 and so while I was a visitor, it had yet to become my home. And yet, yet I remember the way it looked and how exciting it was to come on a visit.  To go to the theatre.

The documentary itself is fascinating especially in how it unravels the destruction of an empire; but how it best worked for me was as a recollection of what the theatre experience used to be like: a treasured and certain thing: a major event.

I have been to London’s West End, to Broadway, to the  great opera houses of Austria. I have seen more of the world in my adult life; but the magic of my formative years as a theatre attendant is unparalleled.  Certainly I live in the city ( where theatre and performance still thrives, if on a somewhat different scale); but while it is still special it is more readily available and it is the  build-up to a performance that I miss.

My family dressed up to the theatre. It was an event. We would talk about it before and after, we would sit quietly as in church reverently watching the action on the stage.  Vendors didn’t wander up and down the aisles dolling out ice cream and beer, cell phones were owned only by the police and Zach Morris.  The only light that occasionally went off was an illegal flash from a hand-held (non- digital ) camera. But, for the most part, audiences behaved differently.  The theatre was a place of reverence.

The film struck a dim chord with me mostly because it caused me to exhume what had long been buried: that moment, that memory of what it REALLY felt like to see a show: the orchestra tuning in the pit, the applause as the conductor wove his way to the front of the musicians, the first cymbal clash or note played, the first action on stage when the red or dark blue curtain was pealed back.   With the end of Drabinsky and Livent came the end of an era: not only for Toronto but also for Broadway. Things are different now: the scales and subjects and calibre of shows are different, the audiences are different, the producers and creators cater to different (and often absurd ) audience needs.

Anyone who is interested in the Blockbuster Age of musicals, in the Tony Awards, in any of the Livent mounted shows will appreciate this bittersweet piece.  A favourite moment occurred in one of the many great interviews (Elaine Stritch, Chita Rivera are just a few of the famed interviewed) where legendary Dihann Carroll speaks to Drabinsky’s risk in casting her as Norma Desmond in the Toronto production of Sunset Boulevard.  Here, Drabinsky broke the mold and a colour barrier.

This took me back and I think it will take a lot of people back: back to an age of my city before Yonge and Dundas Square, before SARS, before the insane amount of box stores and digitalization where the City was an adventure and not a sponsored entity.

Garth Drabinksy knew the moment The Lion King won the Tony that Ragtime ( his stake in the race) and his empire would soon crumble. I doubt the Toronto theatre community recognized that, on a smaller scale, it was also ushering the end of an era.

[if you don't know about Garth Drabinksy, read the wikipedia article and do a google search http://en.wikipedia.org/wiki/Garth_Drabinsky]
Posted by Rachel at Wednesday, November 07, 2012