Behind the French Executioner by CC Humphreys

note: we like CC Humphreys and we like this book which has long been available in Canada but is finally available in the American marketplace.


and we love Jack Absolute

We also like The French Executioner! You will, too, 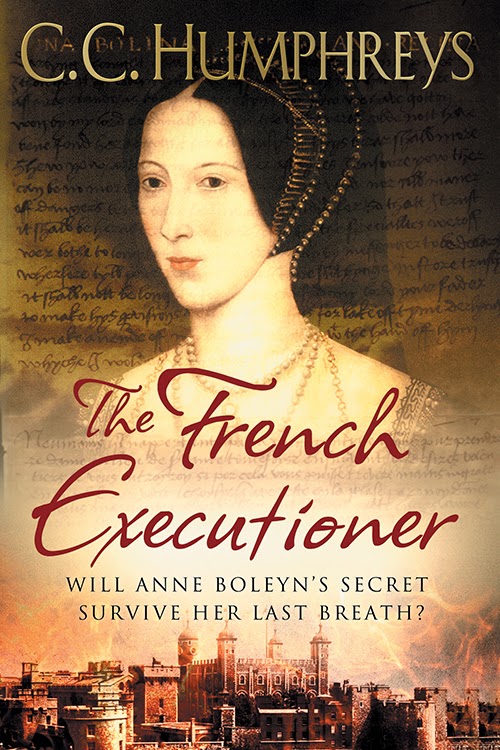 
WHY WRITE A NOVEL ABOUT THE MAN WHO KILLED ANNE BOLEYN?

Where do the ideas for novels come from?


I remember exactly what I was doing when the idea for The French Executioner hit me like a bolt of lightning. I was working out.


I was living in Vancouver at the time. Making my living as an actor. I’d written a couple of plays. But my dream from childhood had always been to write historical fiction.

I wasn’t thinking of any of that, on that day in a gym in 1993. I was thinking about shoulder presses. Checking my form in the mirror.

This is what happened. (It also shows you the rather strange associations in my brain!)

I lift the weight bar.

‘Or the sword. Because, of course, Anne Boleyn was executed with a sword.’

‘Anne Boleyn had six fingers on one hand.’
Flash! Boom! Put down bar before I drop it. It came together in my head, as one thing: the executioner, brought from France to do the deed, (I remembered that from school). Not just taking her head. Taking her hand as well, that infamous hand – and then the question all writers have to ask: what happened next?

I scurried to the library. Took out books. I knew it had to be a novel. I did some research, sketched a few ideas. But the problem was, I wasn’t a novelist. A play had seemed like a hill. A novel – well, it was a mountain, and I wasn’t ready to climb it. So I dreamed a while, then quietly put all my research, sketches, notes away.
But I never stopped thinking about it. The story kept coming and whenever I was in a second hand bookstore I’d study the history shelves and think: if ever I write that novel – which I probably never will – I’ll want… a battle at sea between slave galleys. So I’d buy a book on that subject, read it. Buy another, read it.

November 1999. Six years after being struck by lightning. I’m living back in England and I find a book on sixteenth century mercenaries - and I knew the novel I was never going to write would have mercenaries. Twenty pages in, I turn to my wife and say: “You know, I think I’m going to write that book.” And she replies, “It’s about bloody time.”

I wrote. The story, all that research, had stewed in my head for so long, it just poured out. Ten months and I was done. I wondered if it was any good. I sent it to an agent. She took me on and had it sold three months later.
I was a novelist after all.