Subway Reads with Romantic Plots and Sprinklings of Magic... 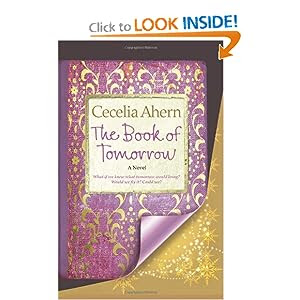 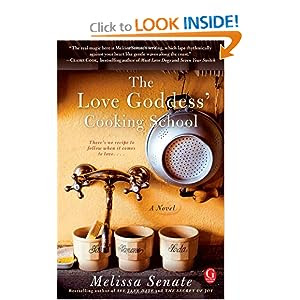 I must confess that I hunted this book down because Sarah Addison Allen's books have helped me develop at a taste for foodie literature enhanced with magic. Unfortunately, what Allen excels at, Senate never finds a niche for. I didn't quite "buy" the central relationship of the story and the aforementioned magic seemed forced. I credit Senate on her well-researched and developed world of Blue Crab Island and on the meticulous research that must have aided the depth of the Italian American experience Holly's grandmother writes of in her journal. The several recipes scattered throughout the book add a flavour of authenticity.

Yes, lacking the spark of Allen's books and of Joanne Harris's; but a good go-between and a pleasant way to steal away for a few hours.

The Book of Tomorrows by Cecilia Ahern

My brother's gorgeous Irish fiancee is from Cork and so I have a bit of a soft spot for literature set there, including this tale from the popular author of P.S., I Love You ( a far inferior book).

Tamara is a whip-smart, ultra-observent 16 year old narrator and a pleasure to follow: a sassy beguiler who snaps with frank disdain the travails peppering her life. When her father commits suicide as a result of mounting debt, Tamara waves goodbye to the glorious world she knew of posh school friends, limitless iced frapps at Starbucks and a bottomless well of money and travel. Her semi-catatonic mother accompanies her to Aunt Rosaleen and Uncle Arthur's: a small, shifty and smothering cottage out in the middle of rural-nowhere.

Here, Tamara tries to exist as her favourite expensive shampoo dwindles down to its last bottle and her friends are miles away. A stroke of fate brings Marcus, the local mobile librarian, across her path and with him a blank book whose pages fill revealing the events of the next day before Tamara has opportunity to live them...

I enjoyed the magic-carpet ride herein and pleasantly had no idea where the journey would take me.

Tamara's silent frustration as the world was whipped from under her feet was tragic to behold and Ahern paints a moving, starkly realistic portrayal of teen grief underneath a canopy of tinted magic.
Posted by Rachel at Wednesday, August 17, 2011