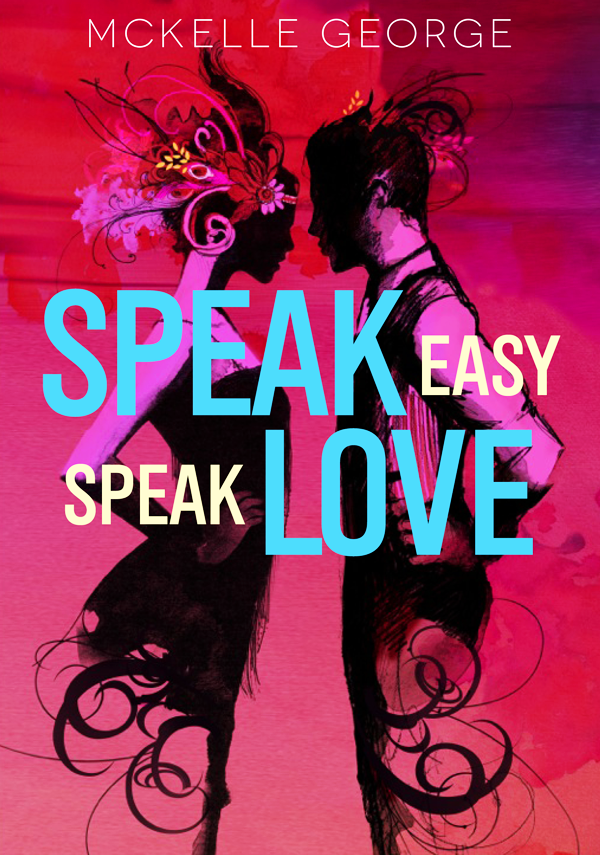 I hope you guys aren't looking for deep thoughts or even coherent ones here because you have come to the wrong shindig, kittens. So get ready for this tipped-over-glass of rambling  loquaciousness:

and also for the voice--- the narrative voice-- cajoling and teasing and warm and knowing and like a sly wink --- ugh!  these are the voices that wrap and keep you and make you feel all tingly to your fingertips like a first sip of wine after a long day.


This is the most delightful surprise ever.  What larks to have the mind of a genius who decided "know what would super duper work?  If I took Much Ado About Nothing --but without any of the douchebaggy Claudio bits --- and reworked it into a 1920s speakeasy-set treatise on outsiders, gender and race relations amidst a shifting age resplendent with historical awesome --- and highlighted by the mob!"

Okay, SO, Beatrice (wanna be doctor and long lost cousin to Hero)stumbles into the craftily named Hey, Nonny Nonny, replete with the most amazing cast of homage characters to the original.  There's the vivacious and lovely Hero, there's Pedro "Prince" Morello and his half-brother (and my true love) John Morello, there's Maggie, a torch-siren-voiced headliner for all manner of jazz aged ditties mellowed into microphones whiskey-sopped and whose breathy voice finds the corners of the darkened joint ( THIS NOVEL IS SO ATMOSPHERIC YOU WILL DIE).  Benedick (of course!!!) is a Scott Fitzgerald wannabe holding tight to his typewriter, Isabella, and tighter still to his belief that to truly be creative he should shirk his family posterity and, you know, rough it with some rum runners at a gin-soaked hop.  There's dalliances and mob run-ins and terribly sour watered-down gin and there's mishaps and shootings and there's misunderstandings and dark corners and silhouettes of a couple to instill jealousy in another all amidst the true bond of family.

My favourite stories take the most unlikely cast of characters and smoosh them together in a colourful kaleidoscope of adventure.   Each person is so well developed in this perfectly realized world, I dare you not to look up from the fresh and period-perfect descriptives and not find them starting across from you.   I loved, loved, loved how it awakened Shakespeare's treatise on belonging, equality and love in a dazzling and wholly unexpected way.   Once you start bounding along in this wingdinger of a hoodless jalopy, you're never quite sure where it will swerve and fork and I LOVED THAT!


And the language hints at the meted measures of the original but in a soft and accessible way so that you fall into  its rhythm and are visited by the source phantom without ever thinking that she just stole a line and modernized it.   LIKE HOW BRILLIANT IS THAT????? ugh ,read it for examples there are too many. TRUST ME!  --but this is one "the world always took on a different shade after you'd failed." and "a girl might consider him handsome were she so inclined"  and it is pinged with the same tell tale wisdom and social observance on the human condition; but somehow still more in its lovely, tangy pulse.

This, my dear readers, is not (thank highball glasses) an "updated classic" that aligns perfectly each and every character and plot point transposing it into a modern setting. NO!!! What George does swimmingly is take everything that the play should have been and play with it in the brilliance and light of a more contemporary setting.   The restrictions of gender and class indigenous to the 1920s era ---as well as the progression for women and minorities-- are a springboard for working through what Shakespeare could only experiment with in embryo given the rigid structure of his time and experience ( this, guys, is the scribe who thought a great idea for an Italian name was "servantio" -- you know what we are working with here).  Meaning, George is able to add several layers on her colourful cake and in the meantime work with the shifting dynamics of one of the most fascinating and pivotal decades in modern history.  And she does this through the lens of the very feminist hero,  the philosophical observer, Benedick and the mixed race pairing of my boyfriend/true love John Morello and Maggie.

And before you can  think "Tonight, on a very special episode of Blossom", not once does she make this an "issue" or "statement" book; rather just a lens moving over a shifting moment in time and flesh and blood characters. There is not one stand-in archetype here. EVERYONE is developed: from "rum running thug #2 on the dock" to the revelers at Hey, Nonny Nonny

And it is stark and lovely and surprising and funny as all get out and DEAR HEAVENS READ THIS BOOK AND GIVE IT TO ALL OF YOUR FRIENDS!!!


You know how it is irreverent to say that you like something better than the Shakespearian source material because that makes you dumb and not smart enough and probably not deserving of the eight billion (approximate estimate ) dollars you spent on University?   well, whatever guys, I am a grown adult woman and I LIKE THIS BETTER THAN READING THE PLAY.  so there! Also, I will take out loans and life insurance to sponsor this netflix series.

"There was John, as if her singing had conjured him"
And now a special moment, nay, an ode, for John Morello and Maggie.  He understands her core through music.   He enables her to speak for herself and find her voice through song.  He strips her to the understanding of the beauty of her own natural simplicity.  There is a scene ( you will die, guaranteed) where she is trying on one of Hero's wigs ( all sleek and Cleopatra) and John ( unwitting mob boss who looks all surly but is actually a tortured bunny) beseeches her to take it off and be herself and THERE IS KISSAGE


"For someone who said he didn't care" (JOHN YOU PRECIOUS BUNNY LET ME FEED YOU LOLLIPOPS AND PULL YOU INTO THE SUNSHINE), "he sure put a lot of effort into not caring. Sometimes she could trick him into admitting she was as charming as she thought she was; but most of the time, it was like dancing around a cinder block."

"When the song was so perfect, he couldn't help himself, his usually barred eyes opened up like clear lakes" (ARE YOU EFFING KIDDING ME??? GIVE ME MORE) --she could see the music in him. She aimed for that look every time she sang in front of him because then she knew she'd struck gold."

For a relationship that on paper has a bazillion barriers--- mob guy, black woman, 1920s nonsense and social and racial and gender hurdles--- they speak and understand and love through music! KILL ME NOW!

"She'd walked by him and not noticed and normally she was aware of him like a moon to her tide." I need my JOHN AND MAGGIE BOOK NOW!

Like, observe: "So what if they'd had whole conversations without saying a word--- using only music?"

"Her stare was direct--channeled through absurdly big eyes, the kind a more inclined man might trip and drown in, if he weren't watching his step--but she was not exceptionally pretty. She was just aggressively there"

"The heart was an organ of instinct over reason"


Trouble, in other words. And like trouble, sometimes a girl found herself looking for it, wanting it, even when she knew it was a bad idea."


"Secondly, we both know 'special automotive toolbox' was your name for whatever distraction you were going to cook up to keep me away from the car, and of course now we see why"


"Words, what a tricky, tangled silence."


"Next to Anna, who met her own husband by accidentally clocking him in the face with a women's rights poster), Ursula appeared like the dour face of reality"


"You shoot things and don't fear spiders and are about as sweet as a lemon. What would a man even do with you?"
"The better question  is what I would do with a man."


Frig. Don't even get me started. I could talk forever. If you're a teacher and are like "I need a new fun lesson plan and comparative study", I know Bloom's Taxonomy. I used to write lesson plans. Hit me up, I will give you ideas if it makes you buy this book because I love the experiencing of reading and discovering new things and it is my duty as a human to share experiences with you

Buy this book ( ten copies, at least) at amazon