Danny/Darcy: the Austen archetype in the 21st Century 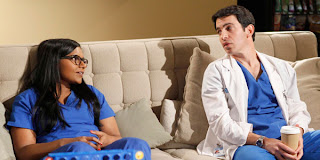 You love Mr. Darcy. You may not know you do; but you do. If you watch a romantic comedy or even buy into the long-building romance between two characters on your television screen, you are likely encountering facets of Darcy perhaps even without knowing.


The Darcy archetype has been alive and well and thriving for years. For centuries, to be exact and while many people know of Austen and her seminal work Pride and Prejudice many may not recognize that it has infiltrated so much of our popular culture.


A male friend asked me last year about Darcy and to give an example of a modern Mr. Darcy he might know about in modern culture. Off the top of my head I mentioned Nick Miller from New Girl. Not the best example, granted, but a surly, somewhat misunderstood and aloof character who harbours obvious chemistry and fondness for the heroine even though they meet at a cross-roads now and then. This dynamic has changed greatly in latter episodes; leading me to believe that their bond is one of repressed physical and sexual attraction and somewhat diminishes my initial comparison--but, there you are.

Lately, I have sought and found 21st Century Darcy elsewhere....
I am a huge fan of Mindy Kaling. She unabashedly champions the single every-woman, has a smart and sassy sense of humour, is sharp as a tack and speaks openly about her obsession with romantic comedies. Indeed, her creative brainchild The Mindy Project proudly flounces and brandishes so many lovely cliches of the rom-coms she loves. They are an unofficial guide for her as she navigates modern life and relationships. Unlike so many clumsy and stereotypical rom com heroes, Mindy is a genuine article, a bonafide smarty who has her professional life figured out (for the most part) as a talented OB/GYN; but who lacks the ability to separate romantic ideals from real life in her personal spheres.

Tell me that you don't relate to this, oh bookish, romantic, dreamy reader friend of mine.

Often, she cites how romantic comedies have provided life lessons she lives by---- or strives to live by. The line between fictional Mindy on screen and the Mindy we meet in her hilarious memoir is ironically as blurred as on-screen Mindy's disability to detract from the rom coms of her youth.


Mindy's favourite romantic comedy in the tv series is You've Got Mail --- an archetypal romantic comedy of letters and epistolary flair that, itself, is an homage to a play (Parfumerie), a musical (In the Good Ol' Summertime) and a Lubitsch piece The Shop Around the Corner). It is also a Pride and Prejudice re-telling before the far more obvious Bridget Jones' Diary. So blatant is the comparison, writer Nora Ephron has both of her characters reading and mentioning the piece unaware that their story greatly mirrors the triumphs and challenges of their literary counterparts Lizzie and Darcy.


In the New Yorker last year, Kaling wrote the following: " But what I’d really like to write is a romantic comedy. This is my favourite kind of movie. I feel almost embarrassed revealing this, because the genre has been so degraded in the past twenty years that saying you like romantic comedies is essentially an admission of mild stupidity. But that has not stopped me from enjoying them. I like watching people fall in love onscreen so much that I can suspend my disbelief in the contrived situations that occur only in the heightened world of romantic comedies." 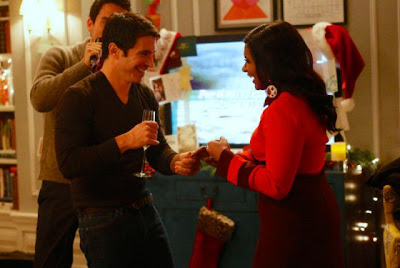 She buys into the pretences, the contrived cliches, and she admits to loving them. In her series The Mindy Project which she developed, created and often scripts, she bombasts her audience with a parade of these lovely tropes and conventions. Never more obvious than in Mindy's on-screen Darcy-esque counterpart, Danny Castillano.


It is easy for people to misread any love/hate relationship as one reflecting the Lizzie and Darcy mould. Yes, theirs has its antagonistic moments; but the greater the depth of the building relationship the greater the intellect behind the creator and the creation. I argue that since Mindy Kaling has self-deprecatingly asserted her love for this archetype that she buys into it in the best, most grounded way possible. Danny is a modern-day Darcy.  One of the best examples, it turns out, to give a friend you're out for beers with who asks "What's a Darcy today? Who is a 21st Century Darcy?"  Hear me out: This will never happen again, I caution you, but I'd like to start with an unlikely source for further evidence. Read how Danny is described in The Mindy Project wiki (I can't believe I am sourcing a wiki): He has a very strong, intense personality capable of running over weaker, less assertive personalities; it is best tempered by someone who has an equally strong, assertive character. He is very vocal in his opinions (especially when it comes to  Mindy) and often comes across as a jerk. Despite this, he cares deeply for the people around him and is very loyal and dependable. His respect is hard-won, but once won, it is also hard to lose.

Correct me if I'm wrong; but the latter part of this contributor's perspective smacks of a chapter 11 conversation between Lizzie and Darcy in which the latter admits that his "good opinion once lost is lost forever."

I may be pulling at strings; but I do think that there is propensity for modern writers to draw on literary predecessors from the well of perfect heroes. Pride and Prejudice is one of the original romantic comedies, not unlike Shakespeare's Much Ado About Nothing . Human nature doesn't change, at least in its core, over time and neither does love. Sure, it takes on different forms and freedoms and is not labelled as easily as it once was, but at its centre, the experience of two people meeting and the obstacles they overcome to be together are very much the same.

One of the reasons I am attracted to Danny as the modern-day Darcy archetype (Darchetype? tee hee) is that he really is good-hearted when it counts--- Not unlike Darcy is forced into action to reveal Wickham's wrong-doings and traipse through London trying to recover Lydia before she can make it to Gretna Green. He thinks Mindy is ridiculous (much as Darcy thinks Elizabeth's family is ridiculous); but respects her nonetheless.  He shows up at her Christmas party and acts as saviour when she learns that her current beau is a cheat and a liar and comforts her thereafter. More still, he takes the Christmas speech she has written in her bouncy, loquacious way and reads it himself: completely out of persona. He even brings a Gingerbread House (tell me you didn't just die. you did. you died. he brought a Gingerbread House)

When an old flame from camp shows up in New York on leave from the army, it is Danny who picks up the pieces when Mindy's almost-love must leave for duty. In his gruff, typical way, Danny cajoles Mindy; but stays with her nonetheless.  I couldn't help thinking in this moment of a helpless Darcy encountering Elizabeth who has just learned of Lydia's misfortune. He feels a tad awkward, more than a little helpless, but he stays.  Danny also stays, incidentally, with Mindy when she is in the midst of a crying jag when she breaks up with her boyfriend . He is awkward, yes,  but he is there.

The qualities that make Darcy....well... Darcy are not the affable ones that we find in a Bingley (a modern counterpart to Bingley might be Jim from the Office, per se, a show that, coincidentally, Mindy Kaling wrote several episodes of); but in the deep-seeded gold and fibre that force him to act in moments of goodwill. Often surly, often misunderstood, he's not at his best with crowds or with people; but the right person and circumstance can draw him out.

I'm not lining one against the other in comparative certainty, inasmuch as I am proudly adhering to a nod: a slight nod to source material.  Kaling buys into the tropes of romantic comedies and promenades them for the world to see.  In doing so, she essentially tips her cap at a master, at Austen, who created dishy, dark and swoon-worthy heroines, who are at their best when just a little out-of-reach.

The one comparative certainty I can state without hesitation is that in both cases the reader/viewer is more enticed when these two characters are in the room together, their chemistry so palpable you want to shake them and ask them to stay awake and pay attention.  Women revisit 6 hours of the BBC Pride and Prejudice for those lovely, listless, dreamful moments between Lizzie and Darcy: even from their misguided early start). In the same way, I come alive when Mindy and Danny are in the same scene; much like the way the volume on my television somehow gets louder during a commercial.  I am alive for them. I am rooting for them. I want my 21st Century smart and sassy Lizzie to get her surly, "handsome jerk" ( as Mindy  describes Danny) Darcy and I want them to live happily-ever-after ( but off-screen. After the end of the show. The build-up is so much more fun than the resolution ).


Side note: Not unsurprisingly, Chris Messina, the actor who plays our Danny/Darcy, has a few romantic comedies under his belt: two of them Ephron films ( he was a bookseller at Fox Books in You've Got Mail--- how perfect! and he was the modern love-interest in Julie and Julia. More recently, he starred opposite Jenna Fischer in The Giant Mechanical Man: a quirky film that I LOVED)