Our giveaway remains thus:  you comment on ANY Canadian-themed post this week and I will put all of your names in a hat and you will win a little package including a signed copy of JOLTED, my favourite Canadian YA novel.

I AM SO EXCITED!  Today my favourite living Canadian writer is on the blog as a guest star! How lucky am I ....are we....is the world? I have followed Arthur Slade's writing for about a decade and have read every book he has written ( and he writes in a myriad of genres, so there is a plentitude to choose from )

Arthur Slade is an award-winning author, hilarious tweeter, active facebooker and insightful blogger. He defines what it means to be an author who knows how to use social media to effectively reach a large audience.  He is also probably the nicest person you will meet: virtually or in person. I think this is partly because he is from Saskatchewan.  [Remember our Arthur Slade Field Trip?]

1.) Name a few of your favourite Canadian authors.

2.) How is your Canadian identity reflected in books of yours which are set wholly in Canada ( like 'Jolted' and Dust ) and books that are set elsewhere (parts of Megiddo's Shadow, the Hunchback series)?

Well, I try to work Moose Jaw and hockey into each of my books. So far Moose Jaw has had the most mentions. But as far as my own Canadian identity, I think it just naturally flows from living in Canada. Those typically Canadian "feelings" and belief systems shine through. Dust has a hero who isn't really an action hero, he's more a "thinking" hero. Figuring things out. Finding inspiration from books that he's read. He doesn't charge into a situation. He assesses then, finally, commits to an action. That's very Canadian. Well, except when we play hockey. 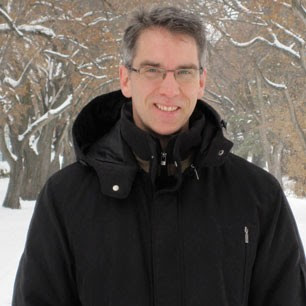 Though Edward in Megiddo's Shadow is probably my most Canadian character. He's very much in the middle of trying to belong to the empire and Canada at the same time and eventually chooses Canada. Whether that correlates with my own personality...I'll have to hire a team of therapists to figure that out.

The Hunchback series is an ode to Victorian literature. So I don't know what is Canadian in it...other than I try to add a few Canucks here and there to spice it up.

And Jolted and the Canadian identity? I think I can sum it all up in two words: Gopher Quiche.

3.) Have you ever won an award named for the vice-regal of a monarch in a major colonial realm?

Yes. A long time ago. And I ate all the food I could get my hands on at the ceremony. Haven't had a meal since.

4.)  Can you speak to the Canadian book community: booksellers, publishers, readers, bloggers?

Yes. I can.
Err, do you want something different? Here's my deep reply: Booksellers, publishers, reader, and bloggers, lend me your ears. You are the support posts that Canadian culture is built upon. You are the glue that holds together the universe of Canadian literature. You are the hewers and sewers and hefters of words.

And my not so deep reply: I like you guys. You're great. Keep up the good work. Peace out.

5.) What are three words you would use to describe Saskatchewan?

6.) You can only have one thing for the rest of your life: poutine or maple syrup. Which would you choose?

Maple Syrup. You can't put poutine on your pancakes.

7.) What do you take in your Tim Hortons?

I only drink the tea. Coffee is evil.

John Diefenbaker, the greatest prime minister who ever set foot in the Oval office. Err, not the oval office but that other office. I did write a book about him. It turned me into a political junkie. A horrible state of mind...

9.) Do any of your book series have the words "Northern" or "Canadian" in their titles?

10.)  Do you have any books publishing in July set at least partly on an Island?

Yes, how did you know? it's called Escape from the Blue Lagoon of Death. No wait, it's called Island of Doom, a much less dramatic title. And it's all about a young man named Modo who is a great reader of books (oh and secret agent and he can shift his shape, but that's beside the point).


Arthur Slade is an award-winning author, hilarious tweeter, active facebooker and insightful blogger. He defines what it means to be an author who knows how to use social media to effectively reach a large audience.  He is also probably the nicest person you will meet: virtually or in person. I think this is partly because he is from Saskatchewan.  [Remember our Arthur Slade Field Trip?]

A recap of the Canada Day Blog Hop thus far:

Great interview, and while I agree with you about all the awesomeness that is Arthur Slade, I must say that one word is missing from this interview. When describing Saskatchewan one must always include the word- FLAT.

(I lived there for over 5 years, I know of what I speak!)

Ah SUCH wonderful stuff! A very Happy Canada Day to you both.

Also - THANKS for reminding me over the past week (and today, of course) how awesome CanLit is! I have so many more books to read now :)

Horribly, I have never heard of him, but that Hunchback book cover makes me want to read his books! =D

OH NO!! I forgot about his new book!! It just kind of appeared. This year is going to fast! *rushes off to see about pre-ordering*