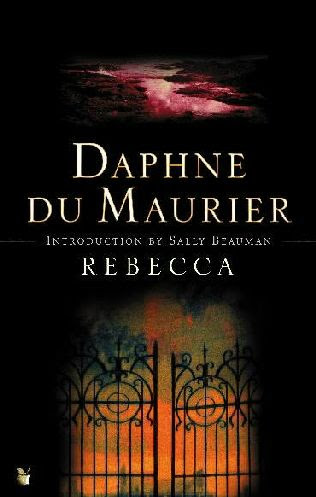 Hey kids, hello from BLUSTERY windy and rainy St. John's Newfoundland where I am at a conference for work and surrounded by dozens of delicious books.

I also found a fantastic used bookstore here: complete with a Michael Crummey display. Yes, Newfoundland is proud of Mr. Crummey, as well they should be.

note ( on a very superficial level which rescinds any dwindling respectability I might have had): I think Michael Crummey is Canada's cutest author. The end.


Remember when Jess and I talked Horatio Lyle and how much fun that was?

Well everyone's favourite Coloradonian ( is that even a word) and yours truly are going to talk CLASSICS! Look for me in italics and Jess in bold ( for she is boldly beautiful )....


Jess, what is your favourite “Classic” book? ( from any era, just one widely-regarded as “classic”)

I’m going to give you two. I’m a cheater like that.

As a kid, one of my favorite books was Matilda by Roald Dahl. I can’t even begin to tell you how many times I read that book. It’s been a while since I re-visited it, but I look forward to my chance to sit down with it again someday soon and experience the magic and delight.

Okay, I’m going to cheat even more and give you three, because I also read The Island of the Blue Dolphins by Scott O’Dell about 8 billion times as a girl. What I loved about both of these books was the strong, smart girl protagonists who have to take care of themselves – and do. Matilda is smarter than pretty much everyone everywhere, and manages to defeat the evil adults so that she can live with her beloved teacher, Miss Honey. Also, she’s telekinetic. Which is just awesome. Karana lives on the island all by herself for years, finding food, hiding from hunters. Her story is sad and lonely, but she finds peace and contentment in her life, and isn’t so much rescued as much as she chooses to leave.

I now feel the overwhelming need to re-read both of these. 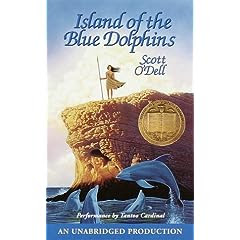 My “grown-up” favorite classic novel is Rebecca by Daphne du Maurier. I read this for the first time in high school, and it’s the book that truly sparked my love for literature. Because if Rebecca was this awesome, how good must most of the other previously-considered-boring classic novels be? Rebecca is a gothic mystery that’s as close as one can come to a ghost story without actually having any ghosts. The narrator never tells us her first name, and no one ever uses it. She is simply Mrs. de Winter, living always in shadow of the previous Mrs. de Winter, the beautiful, beloved Rebecca. Rebecca haunts the narrator, making her miserable, as she knows she can never measure up. But then she starts to discover the truth about Rebecca, and with it, the truth about herself. It’s creepy and atmospheric, and it’s been far too long since I read it. October’s a good month for gothic, isn’t it?


Like you, I love “autumny” books which make me think of sitting in my cozy living room in orillia, staring out at the street: the tarmac all slick and sparkly under the streetlamps from a chilled fall rain, the leaves rustling and everything shadows. I LOVE THE FALL.

It’s funny that your connection with Rebecca prompted you to seek further classics because that is the story I associate with Les Miserables: the book that propelled my love of literature. I threw down my copy of whatever generic Fear Street book I was reading deciding that I already knew how it was going to end, asked my dad to take me to our Coles store and picked up Les Miserables. I was 13. I loved it! Every moment. It’s a gargantuan book but it is made up of so many different infinitesimal worlds. You can almost go through and just pick a strand of story: a sort of choose-your-own-adventure.

(Brief interruption: Fear Street books! Ha! I think I read three of those and then gave up. Ah, memories. Also, I have never read Les Miserables because I am the saddest excuse for an English major there is.)

I cannot say I ever enjoyed Roald Dahl because I found him rather creepy and depressing. I read Island of the Blue Dolphins, though, and I concur: it has strong female protagonists. And, when you think about the state of YA and teen fiction published ‘round O’Dell’s time and the limitations of genre, it is rather remarkable that that book was so daring and unique. There is far more published now for the demographic and I hope that classics like that don’t get squandered by PARANORMAL URBAN FANTASY!

I love Rebecca. I think it has one of the most haunting opening lines I have ever heard. I also really liked the Hitchcock film. Rebecca is so much more than your typical gothic romance. It really speaks to a woman usurped by her husband’s status, who is nothing more than wife, who is victim to narrate a story that is another woman’s and not quite her own. Mrs. DeWinter. The females prey to Max’s charm subsequently are reduced to no more than a name stemming from his identity.

This is why you’re the one with the book blog. You talk about this things so much more eloquently than I. I’m just sitting over here shouting, “Yes! YES!” to everything you’ve said.

That is a very haunting book. Makes me think of Jane Eyre.

Funny, your classic books are 20th Century: two YA books and a mid-20th Century classic whereas mine are Victorian. Because, my developing mind was circumferenced by the 19th Century: there were no classics before or after, or so thought my 15 year old brain. So, classics included Les Miserables, Great Expectations and Villette by Charlotte Bronte. As well as the Sherlock Holmes books. From there, of course, I expanded, starting with the A’s ( for Austen, notably) and moving forward.

What classic do you loathe?

Wuthering Heights! Urg. I do not understand how Heathcliff and Cathy have become these great romantic characters. They’re awful. I hated them.

I heart Rebecca. It is a FABULOUS book. (And October is VERY good for gothic!)

And Wuthering Heights is horrible.

Wuthering Heights IS horrible. It deserves to be Bella and Edward's favourite book.