But first, a reminder that CONDUCTOR OF LIGHT is now available on all major e-readers for FREE.   Publisher and I came up with the idea of a tiny little Herringford and Watts treat to tie you over before WHITE FEATHER MURDERS releases in May.  It is a close-roomed mystery in Four Acts set amidst the tantalizing world of Edwardian Vaudeville.  And there is a bit with a dog. 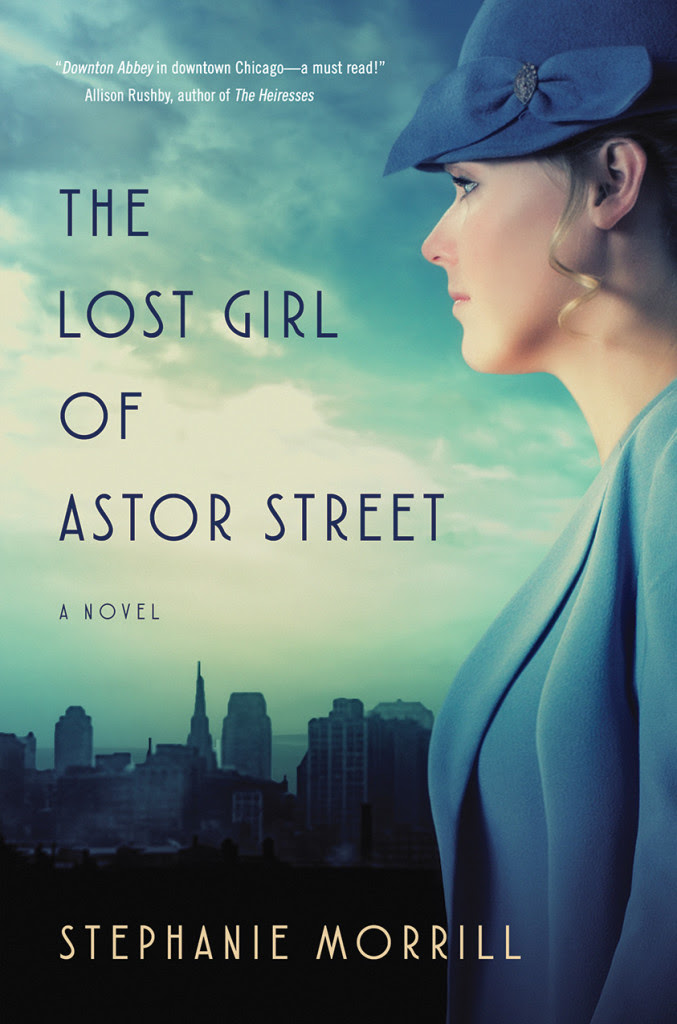 Okay, SO I really, really wanted to read The Lost Girl of Astor Street the moment I heard about it and I was savvy to have it on my radar, it turns out, because it exceeded expectations and then some.


If you like Veronica Mars, the Roaring Twenties, plenty of plot twists and knee-buckling romance, then let me invite you into Piper Sail's fully realized world of flappers and mob-men, danger and high-class sleuthery.

Piper Sail is a renowned lawyer's daughter and resident of the upscale Astor Street in Chicago.  She does a poor job of avoiding trouble at her prestigious private school but is tempered by the influence of her sweet friend, Lydia.  Also peppering her world are her brothers, a rakish journalist named Jeremiah Crane ( you might want to start writing that name in your notebook and drawing hearts around it) and her long-time baseball-playing friend Walter ( ditto with the heart drawing).

When Lydia is reported missing, Piper learns that her friend was a pivotal aspect of a world now seeming to fray at the seams. Nothing is as it seems and with her amateur investigation into Lydia's whereabouts, she is springboarded into a season of self-realization.

While confronting the uneasiness of a world shrouded with privilege and slowly eking out shades of darkness in her own family,  Piper is joined by the absolutely swoon-worthy young detective, Mariano Cassano.

And here, fair readers, I will go tangential with cheeks blushing and fingertips tingling....

MARIANO is a friggin' dreamboat.  He respects Lydia and treats her as an equal as they launch each step of their sideline informal investigation.  He has a dark, broody past that only reconciles with the tenacity and virtue of his present and he is dedicated to his job.  He has a winning smile, a lanky build and every time he tipped his trilby or fingered his suspenders ( maybe I wrote that in..... I don't know if he fingered his suspenders but you all know I think suspenders are hot), I went to lala land ( now playing at a cinema near you).

The chemistry between Piper and Mariano snap crackles and pops from their first meeting when  (SIGH) he arrives to calmly question her about Lydia ( DOUBLE SIGH) while, of course, being all dark-haired and olive-skinned and handsome as all get out.

( Later they dance under the stars after eating pizza in the park, I kid you not).

Mariano and Piper's relationship was, to me, the center of this well-spun tale but the romance does not overcrowd the mystery. As I preambled, there really are several twists---one that happens early on in the story and that earned my respect as a discerning reader.    Chicago becomes a character---from its speakeasies to the L to the high townhouses and manicured streets owned by those who are willing to play into the powerplay world of two magnanimous families: the Cassanos and the Finnegans.


Another highlight of this excessively-readable book was Piper herself.  Unlike Veronica Mars ( who I mention because there are several shout-outs to the tiny blonde one), Piper showcases a realistic insecurity. For as often as she straightens her shoulders and plunges in to danger for the sake of her friend, so she is uncertain in herself and the deductive abilities she is just beginning to find sure footing in.   It was Piper's normalcy that jolted this story with a little something extra for me.  She is winsome in her relatability.


The pages turned easily and while I sometimes found myself assaulted by a modern verve of speech or nuance, I was for the most part transplanted to a vintage whirlwind of murder, flappers and a sort of easy grace of a time past--- a world that doesn't quite know that while it speeds hastily to outdo itself, it is spinning itself on a dangerous axis.


I so hope that we get more of Piper's adventures.  And more of Mariano. Because MARIANO is just music.

Music, I tell you.


With thanks to BLINK for the review copy.