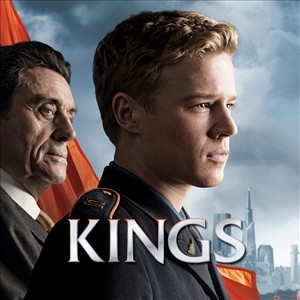 Kings is what tv can be when writers turn on their brains and expect that their audience will, in turn, turn on theirs.  It doesn’t spoon-feed you, it doesn’t talk down to you, it expects you to be able to rise to its level and, when you do, it is remarkably rewarding.

I never saw Kings when it aired; but I read after viewing that the marketing was careful to remove any Biblical symbolism from its commercials and promotions in order not to ostracize viewers. I wonder if it would have had a greater following and more success, in retrospect, had it let viewers know that, yes, it is FULL of Biblical symbolism.  Kings is the re-imagining of David and King Saul’s uneasy relationship in the Books of Samuel and, were it given the time it deserved on the air, probably would have become an outstanding tale of the growth of David as King and of the unparalleled solidarity he experienced with Jonathan. Instead, we feel like the efforts here ( while ending strongly given the time afforded) are strangely truncated and you will finish the series gasping for more.

We near start with young soldier David, the smallest of numerous brothers, on a battlefield facing a Goliath tank. With naught but his wits and his wrench and his mechanical belief that he can find the gargantuan tank’s weak point.  This confrontation results in David being able to rescue a captured soldier: Jonathan “Jack” Benjamin, the prince of Gilboa.

The Gilboan/Gath relations are anything less than easy as King Silas ( the analogue to the Biblical Saul) knows all too well.  Silas has built a utopian city of industry and strength in Shiloh and it is here that he addresses his eager followers to relay the story of his divine appointment.
The audience soon learns that Silas knew he was chosen leader by God when a flock of monarch butterflies formed a symbolic crown anointing him.  This story has inspired and is backed by Revered Samuel; a counterpart to the prophetic Samuel of the Bible who is introduced as a figure who wants to keep Silas in check; wants Silas to constantly remember that his actions are dictated by a higher power and that it is up to him to act in the way befitting the one who placed him in such power.

With the political intrigue set and the looming dissension of peace on the horizon, David is acknowledged and rewarded for his courage and bravery and, in turn, becomes a bit of a local superstar.  Jack is immediately jealous of David’s new position as liaison to the Press in Court as Silas approaches the new Kingdom favourite with cautious optimism: unsure of whether to end David’s life as a near rival; or promote it as an unexpected tool for securing a better relationship between Gilboa and its enemies.  When a similar crown of butterflies adorns David’s head, capitalizing on the Revered Samuel’s belief that Silas is no longer a man after God’s own heart; so he will be replaced with one such person, the rift between Silas and David and their already complicated relationship is steeped wider. 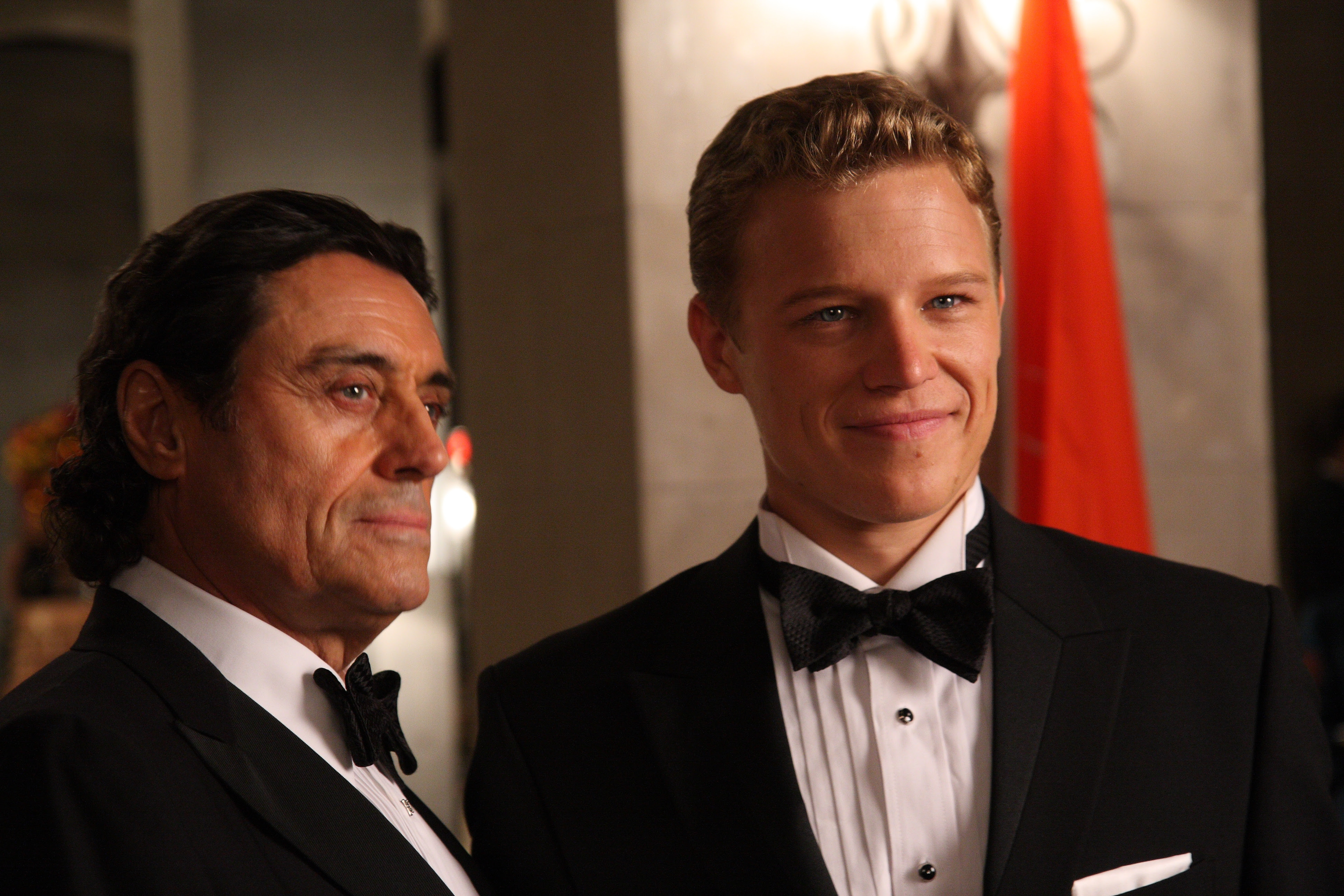 Christian or non, Believer or non, you have to admit that the Bible is a veritable smorgasbord of rich, pre-Shakespearian tragedies: full of political intrigue, sex, and, yes, even romance.  The character dynamics in the show are perfectly paired with the high substance of the source material. The writers certainly knew that they had a limitless canvas to draw from and do well at excavating the details needed ( no matter how small and seemingly sidelined) to reimagine the story on a contemporary World Stage.

Does this prove that the Bible’s resonance is Century-agnostic? Certainly.  The thirst for power, the crimes of conscience, the lack of knowledge, the grappling with the language of Civlization and the ramifications of honesty and, likewise, vanity are paraded here in startling and drastic colour. 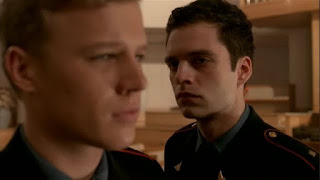 I could spend an entire blog series pitting the original material with the updated version, drawing on links that you would immediately recognize as having root in their Biblical construct. Instead, I leave that for you --- as a bit of a thinking person’s treasure trove of slight symbols and analogies and allusions.  That is , at its core, what this entire (and entirely too –short-lived ) series is.

Email ThisBlogThis!Share to TwitterShare to FacebookShare to Pinterest
Labels: christian