Happy Canada Day week all! As you've noticed, this week is ALL about Canada on the blog.

Jessica Strider is a long-time friend and former bookseller colleague and one of my favourite readers on the planet. As well as being a gifted writer, she is well-respected as one of the major voices on quality Sci Fi and Fantasy in Toronto.  Authors know her, agents know her.... conferences and book-signing events know her! You are all in for a treat!  If she says that the book is good---then go read and buy it now!

Looking for strong male and female characters in your fantasy? Then give Violette Malan a try. Her prose is crisp and her female characters are calm, competent women. She has two fantasy series, the first, Mirror Prince (with a sequel coming out this fall), deals with a fairy guardian exiled to Earth (Toronto), now called back after 1000 years. The second series, Dhulyn and Parno, starts with The Sleeping God and deals with a pair of mercenaries who get into all sorts of scraps while trying to complete their contracts.

If you want more 'literary' fantasy, then try Guy Gavriel Kay. His prose is lyrical, almost poetic, his plots involved and his characters complex. Under Heaven is a great novel to start with. The plot centers around Shen Tai, the son of a famous General, who spends two years burying the dead of a battle that happened twenty years ago. In return for his selfless service, the enemy nation gifts him with 250 of the best horses ever bred. This is a gift fit for an emperor, and puts Tai's life in danger.

Want fantasy with more romance and fun? Then look to Moira Moore. Her Heroes series (starting with Resenting the Hero) pairs the serious Shield Lee with the one Source she can't abide, the flamboyant and famous Taro. Together Sources and Shields can control the weather that keeps the world stable, but Lee fears that the fame of her Source will stop her from doing the work she's best suited for. As the series continues, their romance heats up. But the real fun of the book is Lee's humorous descriptions and critiques of Taro's behaviour.

Not a fantasy fan? Like stories that scare the life out of you? Then try David Nickle. If the cover of his short story collection, Monstrous Affections, doesn't give you nightmares, the stories will. His first novel, Eutopia, deals with the eugenics movement in the US. And while the monsters in the book are scary, the humans are even scarier. He recently released his second novel, Rasputin's Bastards, dealing with the cold war and supernatural affairs.

So far these have all been authors who do branches of fantasy. So it's time for some SF. Nalo Hopkinson writes general fiction with SF fixings. Her novel, Brown Girl in the Ring is set in a collapsed Toronto. Those with money live in walled cities, and harvest the poor for body parts. The story really deals with a young woman learning more about her grandmother and her magical roots. 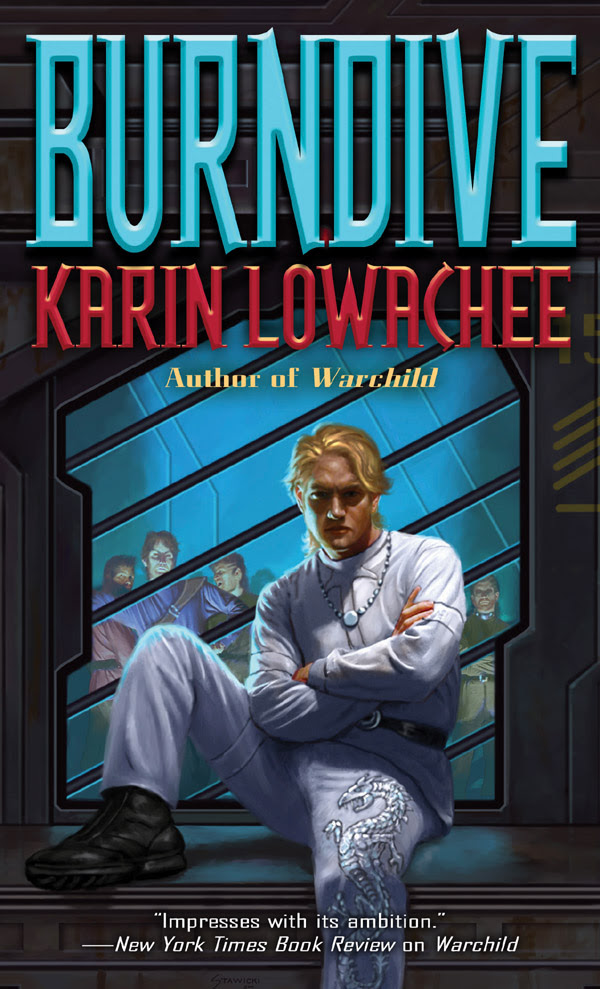 Bonus author: OK, even that last book had fantasy elements (magic). So here's a military SF author for you. Karin Lowachee wrote three science fiction novels that have a real focus on character development. The best of these (in my opinion), Burndive, tells the story of a rich young man who's taken on his father's star cruiser to keep him safe from the dangers on the station where he lives and to get him away from the drugs he's ruining his life with. There's language and adult situational material (though no sex), as it takes place on a military ship, but seeing the teen become a man willing to take responsibility for himself is a wonderful journey.

Hope you give one or more of these fantastic authors a try.

Jessica Strider works once a week in the SF/F section of a major bookstore in Toronto. She posts author interviews, themed reading lists, book reviews and more on her blog

Email ThisBlogThis!Share to TwitterShare to FacebookShare to Pinterest
Labels: Canadian

I would also add for the paranormal fans Kelley Armstrong is great, but that's just my opinion. :)

@ Kailana - Kelley Armstrong is good, though I've only had the chance to read 2 of her books so far (one teen, one adult).

Canada has a wonderful SF/Fantasy community, with too many authors to mention in one post.

We have so much talent in this country. Thanks Rachel for letting me do this post. :)

David Nickle would be the one book I would opt to read out of all of these. Fantasy is cool, but I prefer horror. Now following your blog thanks to the hop.

@ Jeremy - I haven't read David's newest book, but I have read the other two (he's also got a novella called The Clause Effect, with Karl Schroeder but I haven't had the chance to read that yet). His stuff is pretty terrifying. The small press that publishes him, ChiZine, does a lot of dark fiction, and much of it by Canadian authors. You should check them out if you like horror.
http://chizinepub.com/

I haven't read this yet but one of my co-workers highly recommends it as a vampire story with scary vampires Enter, Night by Michael Rowe. The author used to work at the World's Biggest Bookstore (but we're only slightly biased).

Burndive sounds really interesting. Unfortunately my library doesn't have it. Is it really new?