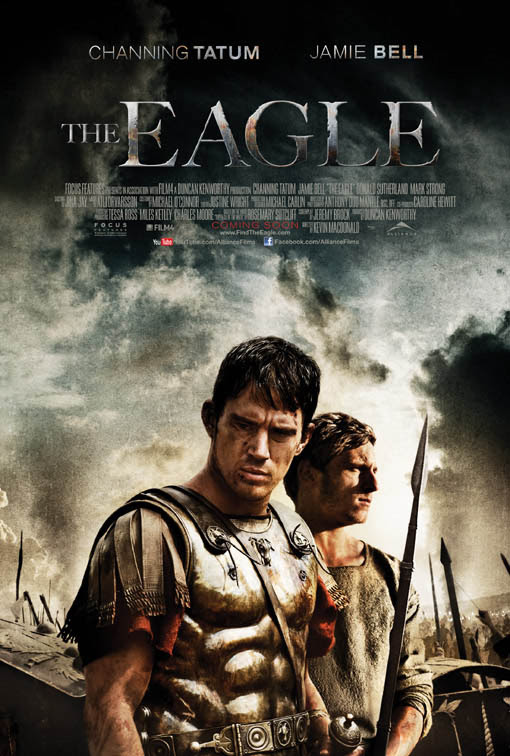 In the Spring, on my online friend Ruth recommended that I read The Eagle of the Ninth by Rosemary Sutcliff. A bit of a modern YA classic, I was surprised it had not yet made its way onto my list.

I loved it. I thought the writing was beautiful and atmospheric and I reveled in the themes of honour, valour, courage and loyalty. It was a great read with some fabulous dialogue, a perfect feel for the historical period and peppered with slow, easy suspense that acted as a bit of a backdrop to the relationships and character development forged in the book.

The central relationship of the story arises between Marcus, a Roman legionnaire desperate to reclaim the lost standard of his father’s vanished and near-fabled legion. Marcus is a great and starkly human commander whose testament to character is illuminated in his persistence in battle and his leadership with his men.

Upon gruesome injury, he is sent to convalesce at his uncle’s and sets to learning more about his father while regaining his failing strength. In one of the best literary scenes I encountered this year, Marcus saves a brave slave boy from the hands of a brutish gladiator in a grueling ring fight staged for public entertainment. It’s a brilliantly rendered scene; Marcus sees the young Briton boy and is taken by his will and determination and yells, screams and pleads for his life. He makes the Briton, Esca, his personal body slave and the two polar opposites establish an unbreakable friendship and bond.

This is unabashed bromance at its best, fair readers. Time passes and it falls upon the steadfast Marcus and (now freed; but still desperate to serve) Esca to reclaim the lost standard. Their journey to reclaim the Eagle and excavate the mystery behind the lost legion is gripping fiction at best.


Having read the book, I was excited when the 2011 film adaptation starring Channing Tatum and Jamie Bell was finally released on dvd--- because I had missed in the theatres and refused to go before I had finished the book.

The film was beautifully shot and the scenery and cinematography are splendid. I usually don’t pay that much attention to the most minute technical tenets of film; but the sound editing in this production was especially effective. I had trouble “buying” Tatum as the strong Marcus because he was very different than my imaginative conceptualization of the character. Jamie Bell fared better as Esca: the strong, silent type whose heart is broken on behalf of his friend and goes to great lengths to save their ripening bond.

Donald Sutherland has a wonderful character bit and Mark Strong shows up with a wavering accent ( he’s in everything now).

While the movie was entertaining, I felt it failed to capture the spirit of the book and the liberties it took with the chronology of Esca and Marcus’ friendship were distracting.

I would certainly have enjoyed the film more if I had not read the novel first. As such, I highly, highly, highly recommend the novel and encourage you to compare it to the recent adaptation: but only after living in Sutcliff’s fabulous adventure yarn a little first.
Posted by Rachel at Friday, June 24, 2011

I am so so so ridiculously happy you decided to blog about The Eagle (book AND film). I need to quit getting distracted and blog about the movie (FINALLY). Since the movie inspired me to seek out the book, I am forever grateful on that score at the very least. :)