Hi everyone!     I am a huge fan of White Collar and a huge fan of Gina ! Gina and I have been friends for years and this past year even went to Chicago together for the Dickens Fellowship Conference where we talked about everything and I basked in her decidedly incredible intellect.   Gina is great.

Gina and I talk almost everyday about everything...including White Collar.    Indeed,  weeks before the finale, we both surmised that Neal was gonna Sydney Carton it ( and he kinda did). 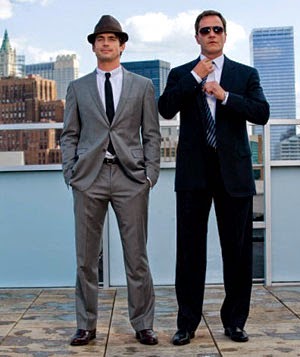 Anyways, I am thrilled to the gills and honoured and tickled pink that editor extraordinaire, Dickensian and all around amazing egg Gina Dalfonzo ( also the reason that the hero in my upcoming book is of Italian heritage) is here to walk us through ( WARNING: WITH ALL THE SPOILERS IN THE WORLD) the end of the best era ever.....

Eternally Running: The Problem with the White Collar Series Finale

First of all, let me get the good stuff from the White Collar finale out of the way.

1.     Neal is not dead.
2.     I repeat, NEAL IS NOT DEAD. For those who were seriously concerned that our favorite white-collar criminal was going to pull a Sydney Carton (e.g., Rachel and me), this was an enormous relief. Yes, one could quibble with how VERY convincingly he faked his death, but hey, it’s TV (and Sherlock has given us precedent for the hard-to-believe resurrection). He’s alive and that’s all that matters.
3.     . . . But he still got to perform a Carton-esque act of self-sacrifice, leaving his friends behind in order to protect them.
4.     How cute was baby Neal!? Yes, everyone who’d been watching the series for more than five minutes knew that Peter and Elizabeth were going to (a) have a boy and (b) name him after Neal. But it was still sweet to watch that play out.
5.     There were lots of nice little goodbyes and callbacks. (No Satchmo, though. :-( ) 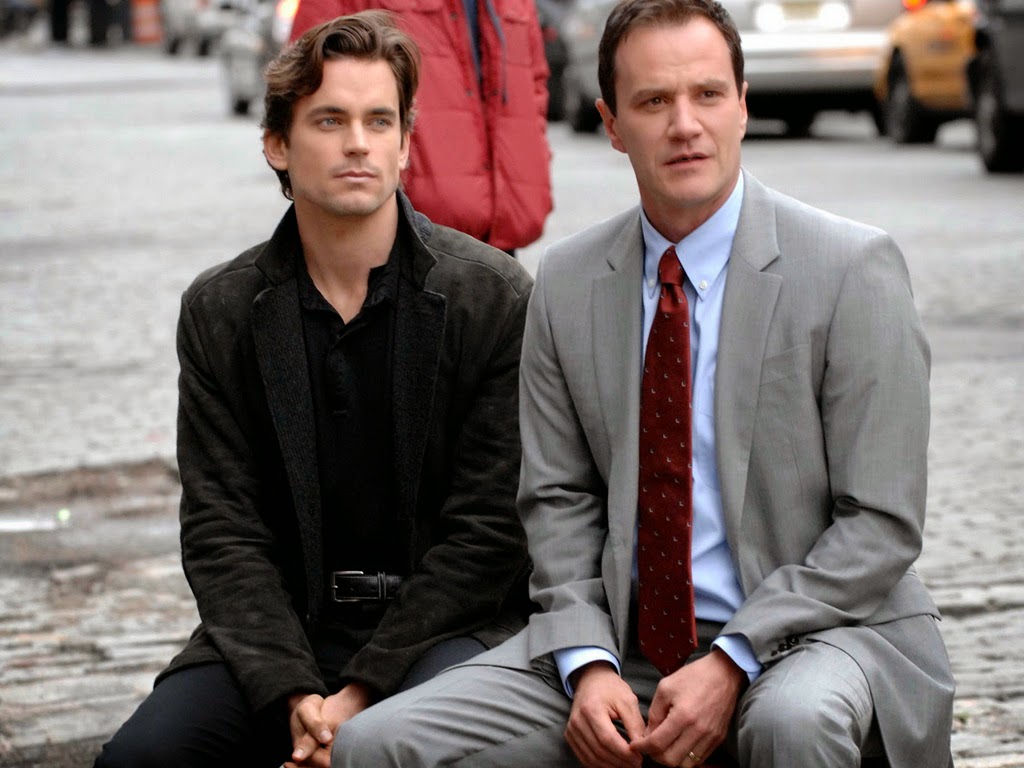 And now for the not-so-good stuff. My point of view isn’t shared by everyone, I know; there’ve already been some lively and fun debates over it. (Fun for me, at least, and I hope fun for everyone else involved as well!) But here goes:

I found the ending, with Neal’s return to a life of crime, deeply unsatisfying. At first I held on to a sliver of hope that he was going to do the security upgrade for the Louvre (How perfect would that job be for Neal? And it would have gone nicely with the Frank Abegnale reference in the episode) but this interview with Jeff Eastin scuttled that notion. After five years of character development and relationship-building, it felt as if the show simply pushed the reset button and put Neal right back where he started.

It’s especially galling because the show has focused so intently on the moral aspect of Neal’s journey: Could he really change? Would he? Is it enough to have a kind heart, as Neal certainly does, if you’re not willing to commit to the side of good?

With this finale, it seemed as if they simply shrugged off these crucial central questions and brushed aside the very premise of the show. In the end, Eastin says, it was all about “the chase” being on again. I know the idea came from the lead actors, but it was Eastin who accepted it and wrote it in. Bad move. His original ending, as explained at that link I gave above, would have left some ambiguity that might have been a little frustrating, but would have suited the ambiguity and complexity of the show’s themes up until now, and at least left the door open for real reform on Neal’s part.

Instead, we got Neal as Peter Pan. Forgive me, Rachel, I know you’re going to l hate that reference, but it fits. As another showrunner (from the great BBC Radio show Cabin Pressure) recently wrote, to end a show well, you have to ensure that the characters grow up. But Neal back on the run is Neal stuck in a permanent adolescence, eternally running from anyone and anything that might threaten to make him grow up . . . even his best friend who believed in his potential for good.

To me, that’s anything but a happy ending.

Gina Dalfonzo is editor of BreakPoint.org and Dickensblog, a devoted Peter Burke fangirl, and deeply grateful to Rachel McMillan for allowing her to express her views here.

and for giggles, here's a condensed white collar post from the dawn of the dinosaurs