A Sparrow in Terezin by Kristy Cambron 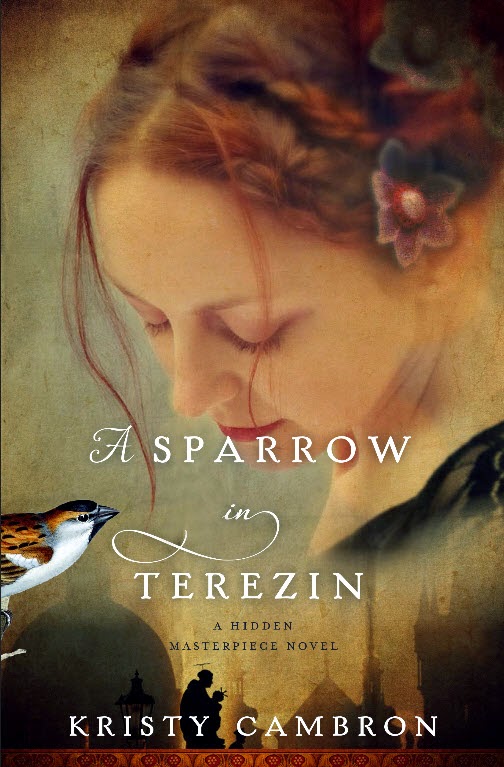 In the follow up to The Butterfly and the Violin, Cambron proves she is a mainstay in the CBA


In A Sparrow in Terezin, there were moments of lyrical genius and snatches of a poetic sensibility showing that Cambron has honed her skill in her sophomore novel. As in the first, the underlining themes of art amidst the atrocities of the Second World War and Concentration camps (here, Terezin: the ghetto and labour camp in Prague) is well-met with the characters' crises of faith and trust in their Creator. As in Butterfly and the Violin, I found that the modern frame was disjointed; but Cambron is SO adept at winding a historical plot: coloured with hope and pathos and strewn with snippets of unbelievable smart snatches of history unique to the CBA. Thus, I will always seek her out.


Kaja is well-met by a string of romance in British journalist Liam and while their attraction developed quickly---it did so strongly so I was eager to see how they played against each other in bomb-riddled London and then in the mire of central Holocaust. Cambron also surprised me with the character of Dane -- a nice companion piece to the work done by Kate Breslin in "For Such a Time" ( and I would recommend readers of one read the other for comparative experience). He was nothing if not a snatch of grace in the midst of horror.

William and Sera are tried, in modern times, with a burgeoning marriage and more problems than they can handle, and their frame ties up nicely with hope and solidity.

A great, fast-paced read that I flew through with expert historical cadence and heart-squeezing scenes ......

Visit Kristy on the web


with thanks to Thomas Nelson for the review copy