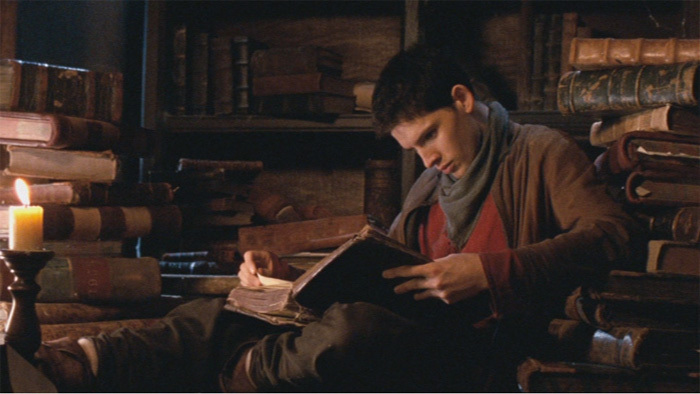 Villette by Charlotte Bronte
This is a go-to book for me but I hadn't read it in the past few years and it is seminal work in the Rachel canon interrupted by a few seminal years of personal growth. Could Lucy Snowe hold up?  What I learned is this: she is a dour and depressing heroine with a very interesting and weighty narrative that is, of course, genius. Graham Bretton is still a d-bag and Paul Emmanuel!
WELL! enough of these Byronic gruff heroes. Dudes a chauvinistic brute! he gets mad ALL THE TIME. He just yells at her and she sometimes stands up for herself; but I kinda just want her to roll her eyes and go: "he is SO not worth it" --but then he drowns and leaves her a school and her independence so she can eat all the
brioches she wants and wear her red dress ( which is actually pink, M. Paul) and dream of dead nuns. Sounds like fun, Lucy! Also, your dead guy OWNED slaves. He sucks.

Sara snuck away from the Amish world in the trunk of her brother’s girlfriends car and has immersed herself in English culture. There’s a lot to learn for fresh fish-out-of-the-water Sara. Luckily, she has a group of good friends---including her brother Levi and his girlfriend Jayne to help her. She watches movies, tries makeup, eats all sorts of interesting and fun things ( mostly thanks to her delightful foodie friend Gemma) and even lands a job at a local bookstore.

For me, the most interesting aspect of the novel was the realization of how difficult it would be for a young woman raised Amish to transpose herself into city life: from her first inklings of romance through her pursuit of a degree at Art School, I found Sara’s journey to be believable. I also liked a moment where the gruff-bookstore-employer/love interest reads Sara to sleep over the phone with some Narnia. Cute.

Ruth: Mother of Kings Diana Wallis Taylor I think the strongest aspect of this book was the cadence it held throughout which put me in mind of reading the rhythm of scripture. It must be difficult to revisit a story so often retold in fiction and Wallis Taylor's rendition especially differentiated itself in its inclusion of Reubenite history ( not just Moabite ) and in the backstory of Boaz and his family.

The Diviners Margaret Laurence
So my landlady had some books out to donate to charity and this was on top and I was like: did I read this in high school ( I read so much Laurence in high school ) and I couldn't remember so I read it and then I remembered I had.  And do you know what made me remember? My loathing for Morag. URGH! what is it with Margaret Laurence's heroines that make me want to throw things? It's bleak and sparse and an Atwood-ordained masterpiece, I am sure --but I am just too daft-- or too idealistic --or something and I can RESPECT it while not quite loving it.  Canadian Literature, everyone!


A Talent for Trouble by Jen Turano

This book was a little too light with a few too many conflicts between the hero Grayson Sumner ( who is basically just a brooder archetype with few unique elements of his own )and the feisty Felicia Murdock that could’ve been solved with just a casual conversation. I like a little meat in my historicals and I am not the ideal reader of this book. There were some interesting historical tidbits and I like the New York setting. This is my second Turano read and is a lot smoother to flip through than the first. I also like all of the euphemisms used to remind us that Felicia is well-endowed in the bust department. I found this genuinely funny because we don’t see a lot of busty CBA heroines.

The Language of Flowers: my friend Amy has been after me to read this for awhile and then it seemed everyone else loved this book, too. So I read it. It is a gorgeously lyrical exposition of love and loss that switches from current day San Francisco to ten years in the past.  The narrative slowly coughs up secrets and at its heart is Victoria Jones: a victim of the foster system. In a less-competent pen, Victoria would be insufferable : she is bitter and hard-edged and makes several choices that made me want to throw the book across the room. But, she is believable.  More impressively, she undergoes realistic change and it is her development that is the crux of the novel.  Fringing her adventures are a well-rounded cast of characters who populate her world as she slowly and surely ekes a life for herself at which the symbolic of meanings of flowers are at the core.  I enjoyed the soft romance between Victoria and Grant – the man whose love she is unsure she deserves.   A lot of interesting stuff about flowers here—like really---drawing from the Victorian Dictionary of Flowers that connotes the meanings behind the blooms that courted ladies would present with a hidden message to their lovers.

Grace’s Pictures: the first in the Ellis Island series by Cindy Thomson. I first met Cindy last year at the ACFW conference and she is a very sweet lady and very (rightfully) passionate about Irish history.   This series premise immediately put me in mind of the Molly Murphy series by Rhys Bowen: what with the Irish immigrant lady and the stalwart police officer ( Owen is a dish, FYI ). I enjoyed learning about turn-of-the-century photography and was impressed with the cloud that hung over the book –differentiating it from the sometimes saccharine tendencies of CBA fiction. Next up, we get Annie’s Stories which adds a bit of Frank L. Baum and Wizard of Oz --- so that is cool.


I finished Meant to be Mine by Becky Wade (hold on for my Litfuse review of that ) and A Broken Kind of Beautiful by Katie Ganshert ( full review to come ) as well as the masterpiece For Such a Time by Kate Breslin which you will see on Novel Crossing soon as well as A Stillness of Chimes by Meg Moseley. Here is my review of Sweet Mercy for Novel Crossing  I also read Heirs and Spares by J L Spohr which I ADORED and will be reviewing soon as well as Whisper of Jasmine and City of Jasmine by Deanna Raybourn  and I died of happiness.

Wow. You have read a lot, Rachel. Cannot wait to read some of those upcoming reviews. :)

I LOVE how much you read! I never cease to be impressed by you. Loved your honest reviews. :) Thanks, Rachel!