a Weekend of Theatre: 'The Last Confession' and 'Of Human Bondage' 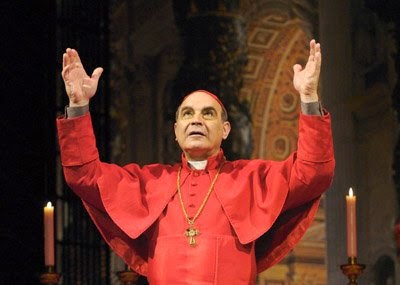 I had the opportunity to see the Last Confession on Friday as it begins its World Tour from the West End and it was magnificent. David Suchet was riveting and his character’s struggles with faith and doubt put me in mind of Salieri in Amadeus.  It is a deep, musing and reflective piece that sits well in the minimalist staging. Expert acting on all fronts and just a really, really strong piece. It is more than a murder mystery entrenched in the history of the short-lived office of Pope John Paul I, it is a rumination on faith and doubt.  Cardinal Bernelli ( Suchet) walks us through a realistic voyage of uncertainty.  A man wanting to implement long-due changes amidst the Vatican politics shrouded in thousands of years of tradition.  When he reminded the pope that Christ was the greatest revolutionary you could hear a pin drop in the theatre.  This takes a sensitive subject, a religious tradition held highly and respected greatly and treats it with the reverence it deserves while offering a microscopic lens into a startlingly powerful church institution that, like any organization, is riddled with human fallacy.

On Saturday, I went to Soulpepper’s production of Of Human Bondage. Soulpepper excels at taking classic pieces and transposing them into works of playwriting brilliance. Take Parfumerie and last year’s Great Expectations.  Gregory Prest was born to play Philip Carey and this delightfully harrowing treatise on art and love and poor choices is never tiresome. It can’t be: it is a mirror to which we glimpse pieces of ourselves. A really humanistic piece. It opens in an operating theatre where several medical students are seen sawing at a cadaver, when the tarp over the supposed body is lifted, we realize that it is a cello instead. Thus begins the interesting juxtaposition of art and science waging war in the soul of troubled, club-footed Philip Carey. 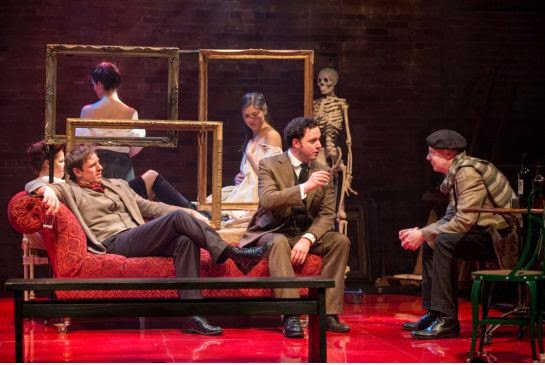 Like it or not, Maugham’s characters often border on the despicable because they so intimately mirror our own flaws and shortcomings.  You will hate Mildred, you will feel greatly for Norah Nesbit and you will want to shake Philip Carey until his teeth rattle.  Perhaps the most striking part of Of Human Bondage is its conception of art as seen in the recurring symbol of a Persian carpet. Like life, the carpet is woven with the most interesting and illustrious design; but the most delicious aspect to it is the inherent and eventual flaw one finds therein. At the end, when this theme is culminated in a jubilant climax to clash with the rather bleak events that went beforehand, it propels Philip to take his new wife into his arms and dance: despite his physical limitation and to denounce the uncertainty and despair that befell him.

To rescind all of this brilliance, I see We Will Rock You  on Wednesday.
Posted by Rachel at Monday, April 28, 2014