Anxiety and Obsessive Compulsive Disorder in the Media

As someone diagnosed as OCD with elements of Anxiety and Panic disorder, I find it helpful when I can identify with characters in the media who exemplify some of the same symptoms.

Two shows do very well in exposing these diseases in a sensitive, provocative and well-researched manner: doing well to raise awareness about mental illness in our society.

Currently, the CBC is using actor Matt Watts' personal Social Anxiety Disorders and the tenets and phobias therein as the weekly premises for the show Michael: Tuesdays and Thursdays. This show, created by Bob Martin ( Canadian Comedian and writer/star of Broadway's The Drowsy Chaperone) does well in introducing cognitive behavioural therapy when wed with medicinal therapy to help Michael with his anxieties and phobias.

Michael has tendencies of agoraphobia and his weekly "homework" can see him doing everything from attending a crowded movie theatre, to returning to spaces housing painful memories, having candid conversations and even asking a stranger for the time. 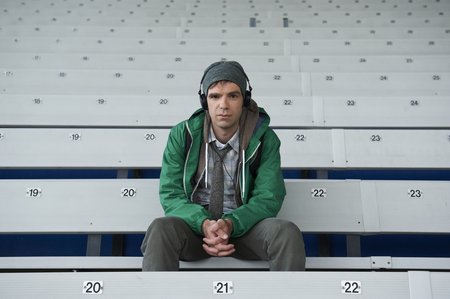 What impresses me about this show is not the continuing plot points; yet the exposition of the ongoing (15 years) relationship between a psychiatrist and his patient: proving that anxiety disorders can be treated; but not completely cured.  Having Matt Watts'  express his vulnerability and struggles and having the credits mention that the show utilizes Watts' personal phobias and anxieties makes a great step toward awareness of mental illness in a funny, sombre and often touching way.

I don't recommend the show for the other aspects of each story arch (I find the writing to be oddly-paced); but I do find this aspect of the show extremely well-written.

Matt Watts speaks to his Anxiety Disorder here and to an open panic attack here.

As someone who suffers from Obsessive Compulsive Disorder ( though diagnosed as having an Obsessive Compulsive Social Disorder and not the severity of compulsion and repetition as physically expressed here), I have always had a soft spot for Adrian Monk: the detective whose OCD makes it difficult for him to perform even the slightest tasks: despite the brilliance of his brain and his impenetrable dedication to solving his wife's murder. (Note: if you watch Monk, which I did religiously during its long run---even going so far as to own my favourite seasons on DVD for revisitation, your heart will be broken. Tony Shalhoub deserved the many awards and accolades he won for his mind-boggling portrayal of Adrian Monk).

Monk does well at presenting OCD in a humorous way; but with a lot of heart.  Monk's phobias are ever present; but he is a character whom the entire police force respects.  His disorder, his disease, never get in the way of his mental capabilities.

Actor Tony Shalhoub has said he suffers from elements of OCD and comprehends its debilitating nature and how it can cause embarrassment and distress for patients suffering from it.  He speaks to the importance of his character and the show's pre-occupation with raising awareness here and here.


I find that both of these television shows do well at presenting mental illness in a real and very exposed way; while still maintaining a lot of heart.  As such, they raise awareness.  You'll notice that both clips feature the patient in cognitive talk therapy: emphasizing the importance of this relationship while exposing the vulnerable and seemingly irrational fears and phobias of the patients.

1 in 10  Canadians suffers from an Anxiety Disorder; yet the stigma behind mental disorders remains prevalent, pervasive and acute.   As a society, we need to openly discuss these diseases as they are---diseases--- while their treatment can sometimes require elements which evade other diseases, i.e., a hybrid of cognitive talk therapy AND medication; rather than just medication and while these diseases are not so much curable as treatable, they are still valid and, more likely than not, you or someone you know suffers from a facet of anxiety, depression or compulsion.
Posted by Rachel at Friday, November 18, 2011

Email ThisBlogThis!Share to TwitterShare to FacebookShare to Pinterest
Labels: anxiety

I watched Monk all the time when it was on and I too had a soft spot for Monk. I liked the humor they added to his OCD. I myself have learned to deal with my OCD with tips I found at http://onlineceucredit.com/edu/social-work-ceus-ocd. I hope this is helpful!

Thank you for sharing about this sensitive topic of "anxiety". Can you please suggest the ways to cope up with anxiety and stress? Is vent online is the best possible way to get rid of anxiety?