My guest spot on 31 Days of Hallowe'en: Dickens and Hallowe'en

I was fortunate enough to feature in Read All Over Review's 31 Days of Hallowe'en and even more fortunate to speak on a favourite subject, DICKENS!  I have reposted it here for you to see; but make sure you check out the website and follow all 31 gruesome, literary days!

Today we are joined by Rachel from A Fair Substitute For Heaven, who talks about one of my favorite subject: Charles Dickens!

During October many readers pine for the fiction that makes our skin creep and crawl, for things that go bump in the night, for the chilling ghost stories of The Headless Horseman or James’ The Turn of the Screw. In literary fiction, Charles Dickens, fed heaps of the grueling macabre into his fiction. This Hallowe’en, I want to walk you through a few chilling vignettes of Dickens at his most gruesome. We’ll meet ghosts, thieves, witness murders, learn of Dickens’ penchant for descriptions of the gallows and paint a clear, rain-soaked cobblestoned world of gaslight and fright.
Here are a few examples of the dreariest Dickensian tales, a snapshot of some of their most malevolent characters and hopefully enough tingly-feelings to beguile you to revisit their worlds once more:
OLIVER TWIST Photo Caption: Fagin waits to be hanged
There is a portentous sense of the macabre hovering in many of Dickens’ grim Victorian worlds including the conniving Fagin, the bandleader of a pack of boy thieves and Bill Sykes, the murderous henchman who skulks the streets of London at night: pilfering here and there, his mangy dog in tow.
Nearer the beginning of Oliver Twist, the scene is an undertaker’s: Oliver leads funeral processions for children’s funerals in a tall, be-plumed black hat and his forced to sleep in the dank dusk with coffins awaiting their next corpse.
According to eyewitness accounts, during Dickens’ numerous reading tours of Europe and North America, audiences were moved to fainting when Dickens read of the brutal death of Nancy at the hands of her lover, Bill Sykes.
GREAT EXPECTATIONS

Photo Caption: Miss Havisham shows Pip the remnants of her abandoned wedding feast.
The macabre pervades Great Expectations from the opening scene: a gloomy graveyard where the young and impressionable Pip visits his deceased parents and long dead siblings. From out of the fog of the marshes he is pounced upon by a convict, a veritable bogeyman. The haunting of young Pip’s formative years continues with a house as gothically eerie as they come: Satis House wherein the phantom-like Miss Havisham strolls in yellowed white wedding dress, her untouched wedding feast rotting upon a long table: alive with maggots, beetles, mice and rats; the clocks all stopped timelessly, her long sinewy fingers folded as she plays maniacal matchmaker with Pip and her coldhearted ward Estella.
If that’s not enough, the villainous Orlick meanders in: an embittered blacksmith’s help who is as violent as his stalkerish behavior would allot.
OUR MUTUAL FRIEND 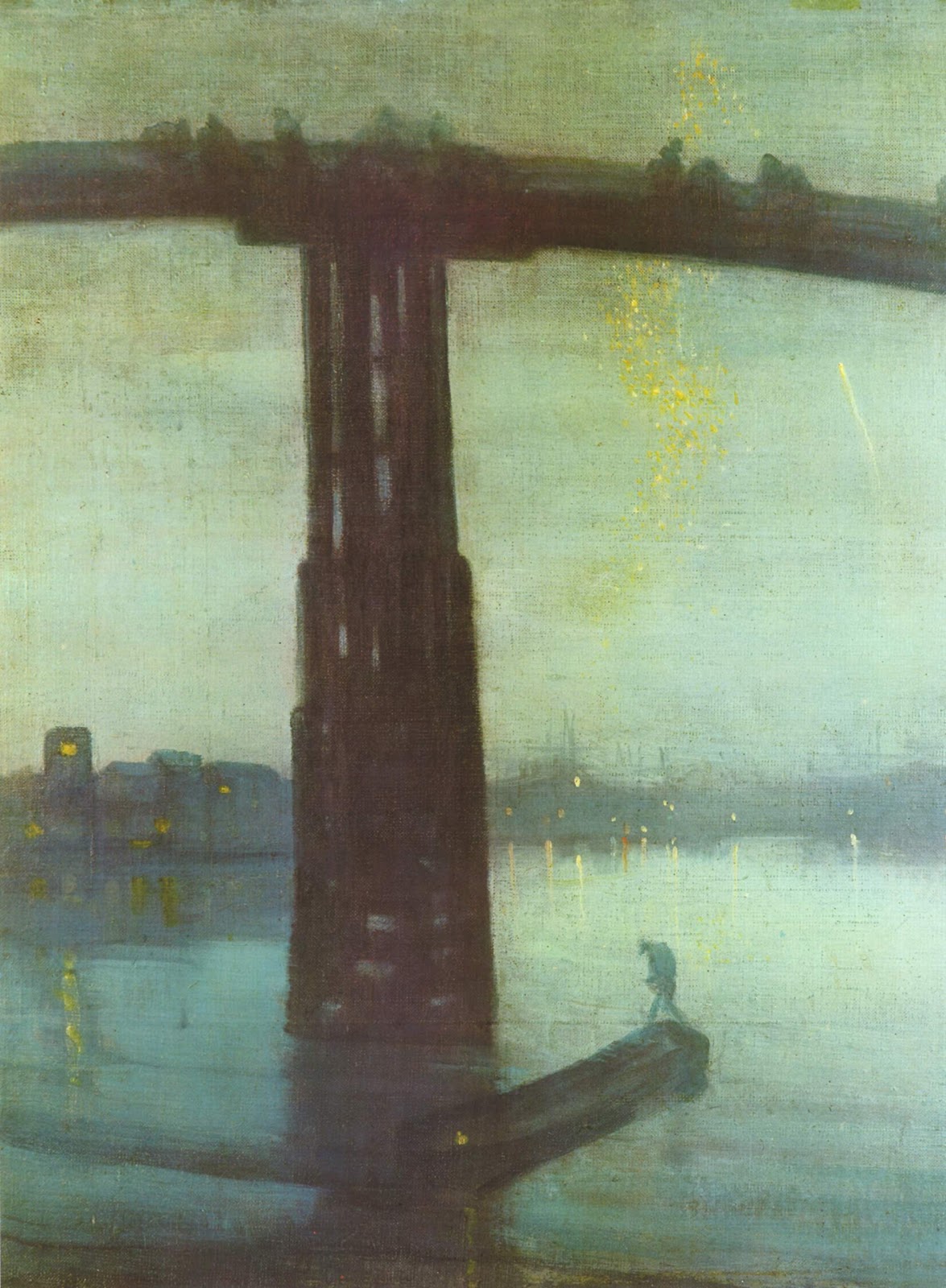 Photo Caption: the Thames
Villains are pronounced in Our Mutual Friend, this meandering and carousel-like novel featuring unidentified corpses, cases of mistaken identity, lies, betrayal and the theft of goods from bodies lost to the river, Not unlike the dastardly M. Thenardier scraping the corpses of the barricades after the July Revolution in Les Miserables, so Gaffer Hexam and Rogue Riderhood skulk the dirty river Thames by moonlight in hopes of finding a rare diamond in the rough. When Rogue Riderhood betrays his partner, Gaffer Hexam, it is for a murder: that of the unfortunate John Harmon. Other characters in this dim tale include the taxidermist, Mr. Venus, who is in love with bones and Bradley Headstone: whose name is just as pernicious as it sounds…. When we’re not wallowing in talk of the dust pile heaps that employee many helpless and hopeless of the downtrodden, we are riveted by the manic motives of the jealous Headstone who rages in violent episodes as he pines for the beautiful Lizzie Hexam.
Other Dickens novels feature moments that greatly fall into the category of plain creepy….
LITTLE DORRIT
Poe’s The Fall of the House of Usher puts one immediately in mind of its predecessor, the fall of the House of Clennam in Little Dorrit : years of secrets, violence and shame crumble under the dusty weight of a structure ravaged to the ground.
A TALE OF TWO CITIES
The Vengeful Madame Defarge performing that most mundane of domestic tasks, knitting, at the foot of the guillotine: her lust for blood as quick and frenzied as her hands clacking her speedy needles.
A CHRISTMAS CAROL

Caption: Scrooge is led by the Ghost of the Future to his gravesite: abandoned and alone
The famous Haunting of Scrooge may be a few months too early for our purposes yet is one of the most famous Ghost stories: appropriating ethereal supernatural presence for both good and ill purposes. Near the end, the miser Scrooge comes face-to-face with his mortality and the vapid existence he led when his abandoned gravestone is pointed out to him amidst the unfeeling snow.
BLEAK HOUSE
Bleak House: features the batty Miss Flite—who christens her caged birds with apocalyptic names awaiting the day of judgment and a court case that consumes young, fresh and impressionable wards in a life-sucking way not unlike vampirism
While Bleak House’s Lady Deadlock is deliciously, drearily stagnant, awaiting the colour in life that will never fill the dark contours of her dreary life; so Mr. Tulkinghorn, her nemesis, skulks nearby with evidence that reminds of the most compelling of murder mysteries. Speaking of murder: the uncomely demise of Captain “Nemo” Hawdon features prominently in the story’s many threads, confused parentage and foreboding manners pepper the ongoing mysterious nature and the novel features Inspector Bucket: noted to be the one of the first (if not the first ) fictional detective.
As seen in David Copperfield, Oliver Twist and Great Expectations (to name a few examples), grim pictures of an orphan’s life were not unknown to Dickens’ pen and what could be more eerie than a creaking, rat-ridden, squelching damp hovel of a school for boys.
In NICHOLAS NICKLEBY: the aptly-named Wackford Squeers’ School for Boys is one of the most dark, dreary and scary places in literary fiction Squeers takes unwanted children: those crippled, deformed or abandoned and squeezes money out of them while horrendously mistreating them
The aforementioned are just snapshots of some of the more horrific and terribly tantalizing moments and features of the greatest Dickens’ novels. Charles Dickens may not have been wholly conscious that his work would be appropriated by those who love the ghoulish, the supernatural and the things-that-go-bump-in-the-night; but his eerie atmosphere was embedded naturally. First, he had the perfect setting: dank, overcrowded Victorian London: a place that he walked for hours every night while conjuring the spirits of the pen to help him paint the often grotesque portraits we see above. Secondly, he underwent a dark childhood full of life in a debtor’s prison (not unlike his heroine Amy “Little” Dorrit, in her eponymous tale, and filled with the fumes of an inhumane blacking factory. These dark tenets of his developing imagination as well as the vivid way in which he was able to reconstruct humanity: from its basest and darkest to its loftiest and most noble rendered him a perfect Hallowe’eny writer. Though not technically horror in the same way we label the genre frequented by Poe, Dickens’ dark atmosphere loans the chills and thrills required for those rainy October nights when branches tap the trees and you ache to be lost in a book where every crevice, squeak and move will recall ghosts, gruesomeness and shadow.

Email ThisBlogThis!Share to TwitterShare to FacebookShare to Pinterest
Labels: dickens., in which I am famous

I commented over there too!