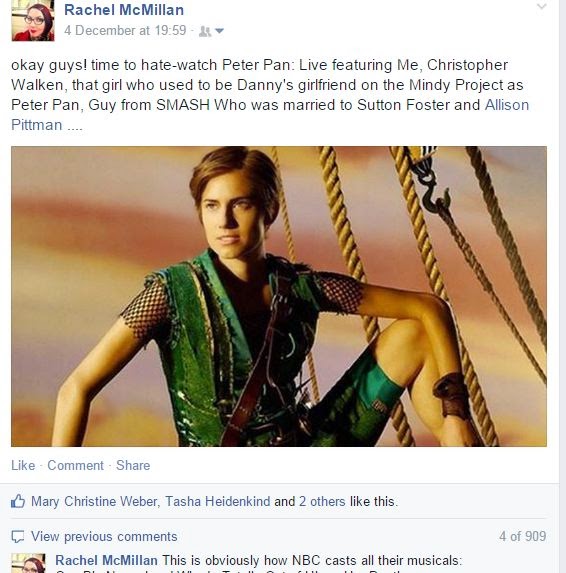 Peter Pan:Live is just bad content staged as a showcase for boyishly angular Allison Williams and very awkward Christopher Walken ( take a shot every time he forgets one of his lines .....)

and several friends showed up on the chain to diss and discuss.

And Allison and I were at our snarkiest...... 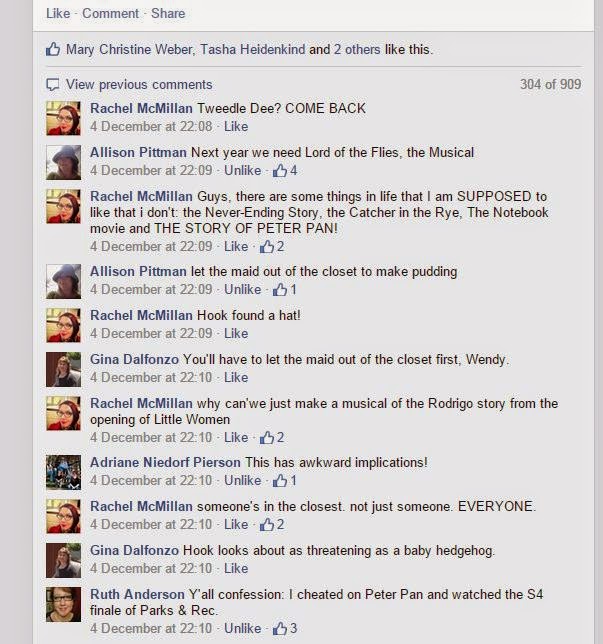 And over on twitter, Broadway stars who loaned some respectability to Sound of Music: Live weighed in.........

And during commercial breaks we compared the differences between Canadian and American commercials while Ruth Anderson found us shirtless pictures of Jason Isaacs ( Hook/Mr. Darling in the movie from years back ) 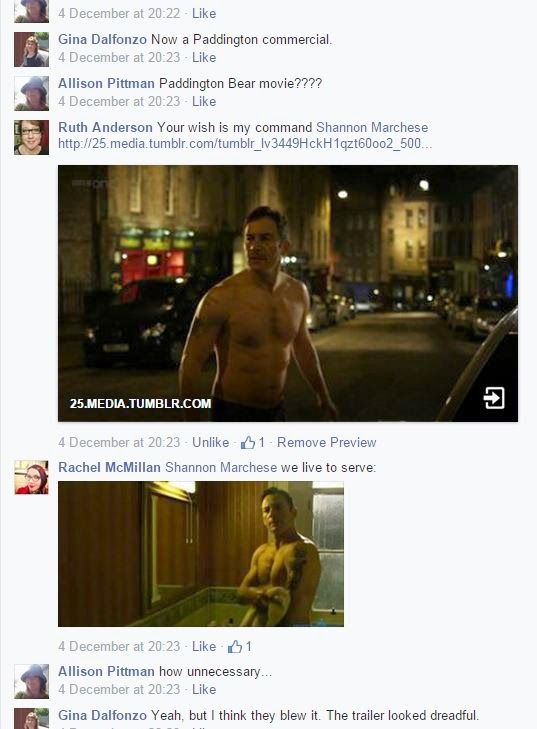 And when we couldn't take the ridiculousness on our screen, we improvised with Google images...... 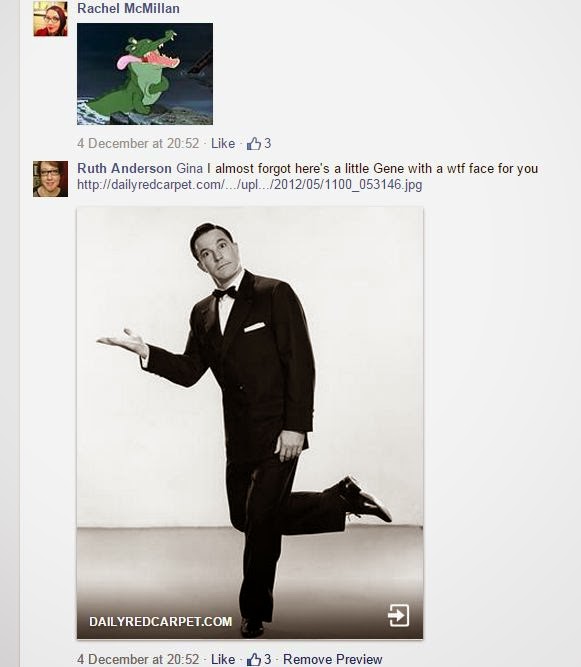 And then we found pictures of a shirtless Chris Walken and played up games on his name.....and Jessica Keller won the day with some DW. 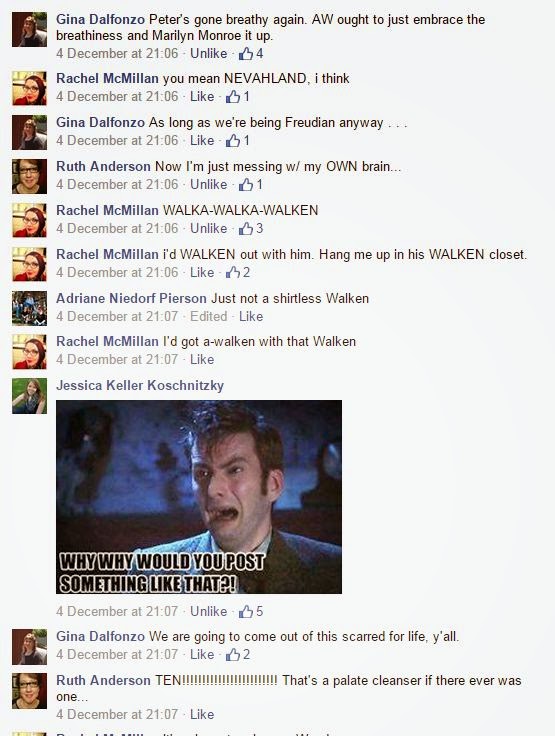 And it was all fun and games until we realized it was NEVER GOING TO END..... 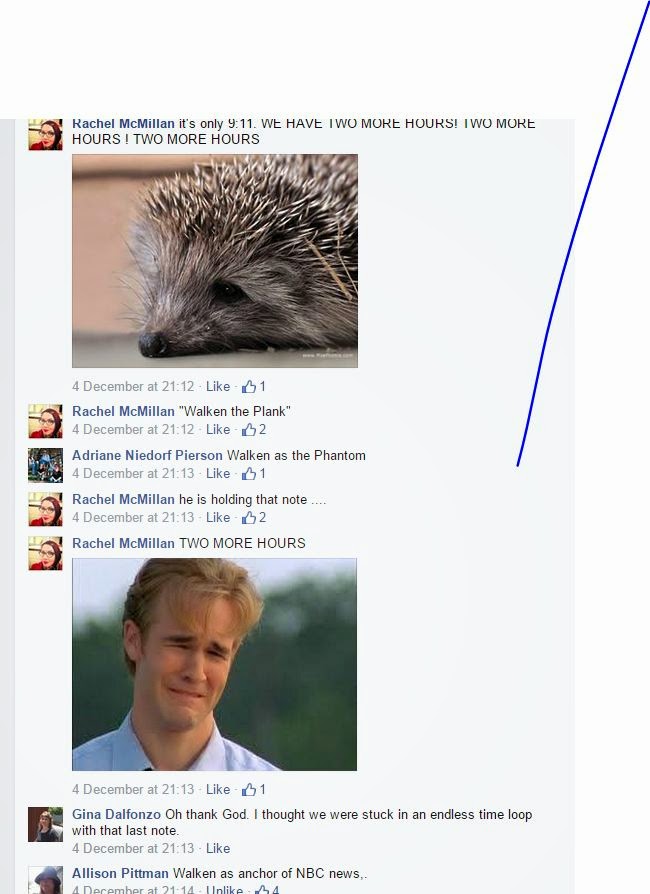 And then Kelly Rogers from Kailana's Written World made a cameo

And then Hillary swooped down with some Chris Messina to try and make us all feel better..... 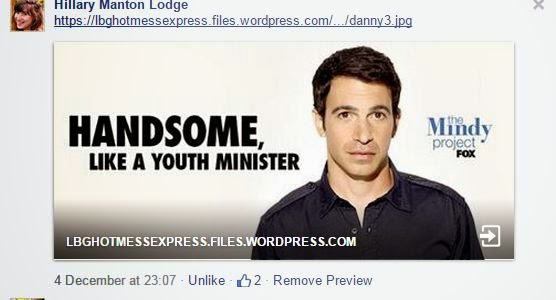 And Gina (from Dickensblog) had a brilliant theory on the NBC musical casting process....


There are several recaps of the monumental event:

"Meet the Man Who Played the Crocodile in Peter Pan"